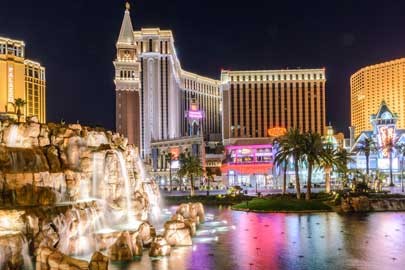 What made the experience was a combination of old and new friends focused on a common mission. My old friend was LtCol Al Krumins US Marines (Ret) who I had served with in the 1980s at 1st Combat Engineer Battalion, 1st Marine Division. He was executive officer (XO) of 4th Combat Engineer Battalion when 9/11 took place and we prepared our unit of 960 Marines for deployment to the Middle East. Between us, we both had multiple tours in the Iraq War.

Al is now retired in Las Vegas, so proved to be an outstanding source for “hosting & orienting” us on Las Vegas and its many expositions. As to ‘new’ friends, we had Amos Klein, his wonderful wife Michal, and their three grown, dedicated children (Noam, Roie, & Yotam) who have all grown up operating with MIFRAM Security, outside Haifa, Israel. Founded in 1962, MIFRAM is a family built and operated security company that holds a special place in the hearts of many US military who deployed to the Iraq War from 2003 to 2011. That is because MIFRAM builds an amazing piece of counter-mobility gear that many of us, particularly combat engineers, used throughout Anbar Province (what we Marines referred to as “The Wild West”) and around Baghdad. The gear we highlighted in Las Vegas at ISC-West, is known as the MVB, or Modular Vehicle Barrier. It is a simple, rugged, highly effective anti-ram vehicle barrier that saved countless lives in our battle against enemy Jihadi VBIEDs (Vehicle Borne Improvised Explosive Devices). It is an amazingly engineered piece of gear that allows a wide range of barrier designs to be employed in a custom design to defeat enemy attacks.

Amos and I were honored to be able to share its history when interviewed recently by Kathy Ireland on her FOX Business News show.

The International Security Conference & Exposition (also known as ISC West), happens to be the largest security event in the US. It is focused on the physical security industry and covers a wide range of areas like access control, alarms and monitoring, barriers, biometrics, drones of all types, internet protocol security, closed-circuit tv, video surveillance, networked security products, robots, protection of real estate, airports, bases, businesses, and stadiums, and much more. Here in one Las Vegas location was a collection of all the world’s newest security products and security technology, plus those that are projects and the defensive capabilities for detection and protection. ISC-West provided all attending an opportunity to network with colleagues, the competition, security professionals, plus gain valuable security industry training and knowledge.

This year, there were over 30,000 attending and visiting at least 1,000 booths and exhibits. In my assessment after having talked with ISC-West vets of previous years, there were a lot of new technologies on display. I know that our MIFRAM products were new and there was nothing that came close to them on the floors. There were also some tried and true solutions that have stood the test of time and were back on display. I was also appreciative of the fact that MIFRAM allowed me to place several of my Salute Targets on display within their booth. We had a lot of interest and activity regarding our top-of- the-line reactive steel targets.

As someone noted, more mature products have the benefit of being “fully vetted and battle-tested”, which may make them a safer and more comfortable choice for security customers. It was really up to the exhibitors to make the case at the show about the advantages, and possible drawbacks, of new products. To the average customer “new” can also be translated as “risk”. The key word here is to educate. Like our MIFRAM products, this was essential. An educated customer can make a better decision about risk verses reward. As a college history major, I was reminded of the innovative Royal Navy of Britain, which overcame its own conservative planners and produced and famous HMS Dreadnought which was built in 1905 and when launched in 1906. Upon her launch, she immediately outclassed and placed every other warship in existence into outdated obsolescence!

ISC-West hours ran from 1000 in the morning to 1700 in the afternoon. That is a long day when you are standing on your feet! But it could have been worse. This at least allowed you to get back to the hotel, shower, change, enjoy a nice dinner and sleep in a bit (by US Marine standards) in the morning.

MIFRAM was fortunate to be on a major avenue in the main hall and we were literally swamped the first day. Fortunately, Al, who as a Las Vegan has attended hundreds of these trade shows, had the foresight to have a great “Plan B” … he had experienced additional support from the local USAF base gun club! We were blessed with some talented and attractive young ladies who fit right in with our Israeli team and knew how to handle the large, mostly American crowd.

It was an exciting atmosphere which continued all three days, but I have to admit that the last day was a welcome change to both attendees and exhibitors with s more relaxed and slower pace. This was a time when there were thoughtful and reflective conversations taking place and the sharing of ISC experiences. I heard no complaints of slower booth traffic as most felt this period maximized the value of face time with old and new friends. It was good to make sure you had exchanged business cards with those who you wanted to stay connected to.

Al told me, and this was confirmed by officials there, that ISC attendance has slowly been growing from year to year. And with 2019, it was confirmed that at exceeding 30,000, this was the largest show yet. For any one-stop shopping enthusiast, I can highly recommend it as the largest security show in the United States, if not the world.

I also want to salute the great Sands Expo Center folks who hosted us exhibitors and made the convention work so well. As an example were the outstanding series of classes offered throughout the facilities at a wide range of times. I was fortunate enough to attend a definitive 3 hour class entitled “Stadium of the Future” which covered all sorts of security aspects up to and including Super-Bowls. It was a real eye-opener which made me truly appreciate the thought and planning that a wide range of organizations, private and governmental, place into the safety of the general public. This is extremely impressive.

My personal assessment from a prior military background was that overall, what I saw at ISC-West I would describe as evolutionary more than revolutionary. This is good as I know that attendees found much of interest to build upon, not panic over.

I was reminded of a former Commandant of the Marine Corps who reminded us Marines of an old Chinese story about what to do when confronted by the inevitable “dragon of change”. You can confront and fight the dragon … but it will wear you down and eat you. You can run from the dragon and it will chase you down and eat you. You can freeze up with fear or indecision and stand before the dragon and it will easily devour you. So the real challenge and trick is to carefully mount the dragon and try to direct it in the way you want it to go.

Customers need to understand new technologies. The goal is to get them from where they are to where they need to be. It is like a bridge to understanding. And ISC gives us all a bridge to new understanding of what is out there and what is coming. Education is the bridge to better security. And MIFRAM, growing up in a very dangerous part of this world, gets it.

This is the reason I would recommend that one attend the International Security Conference – West of 2020. 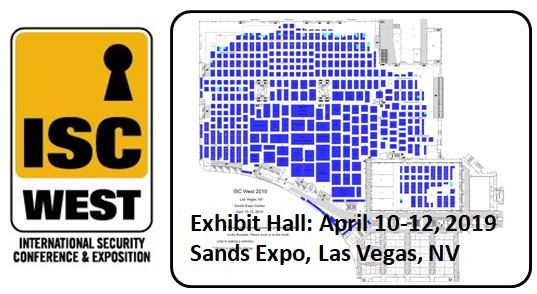 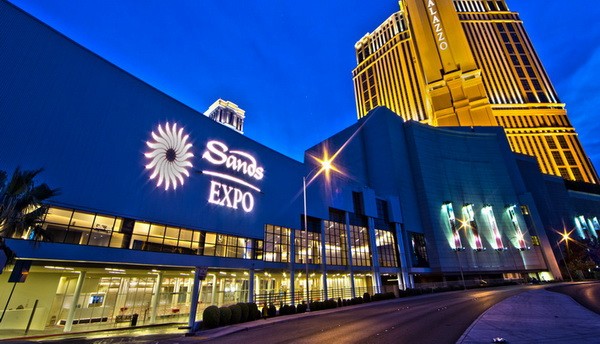 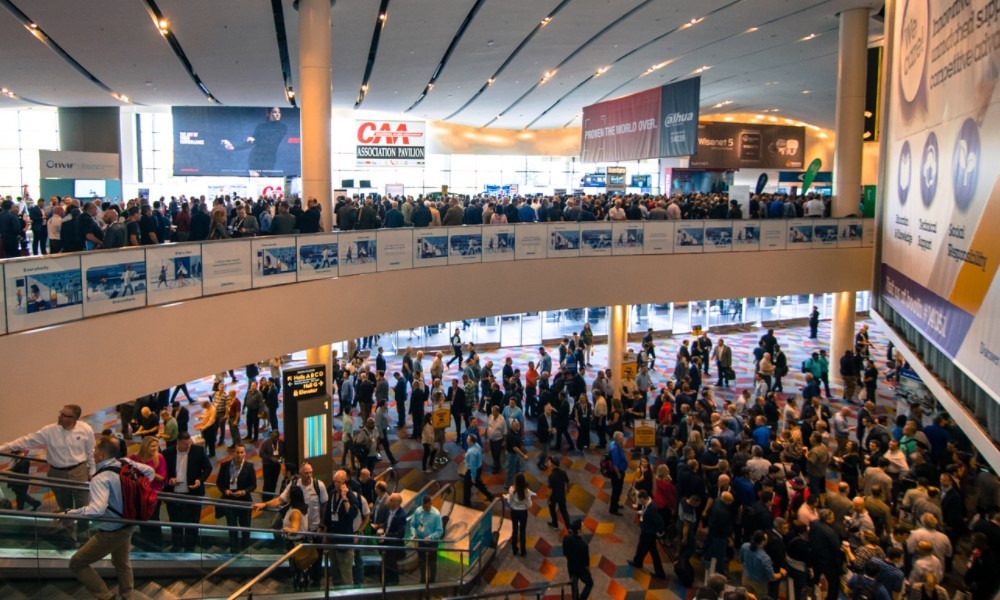 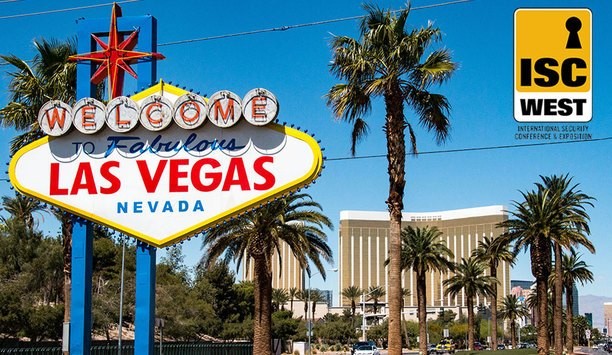 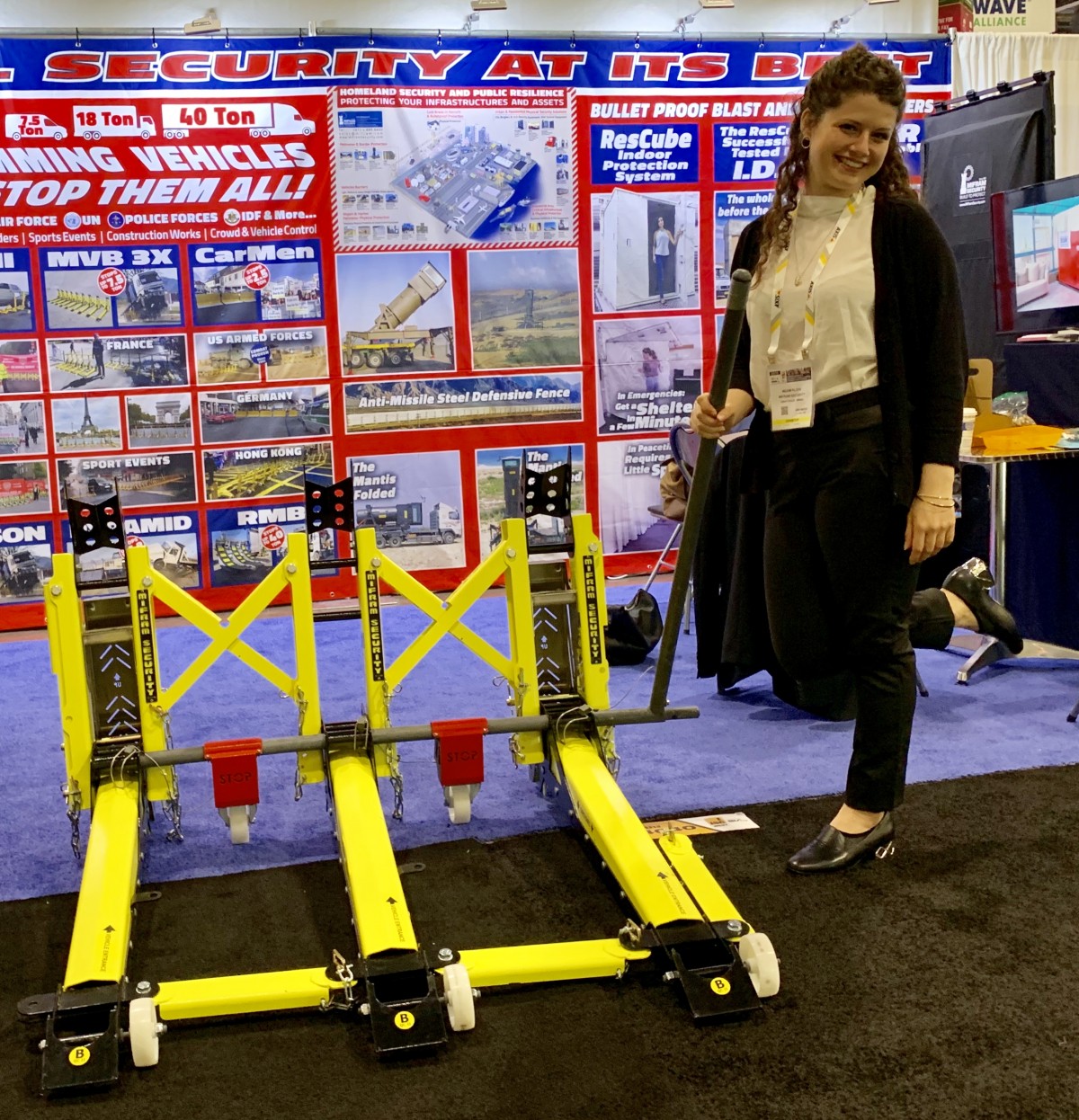 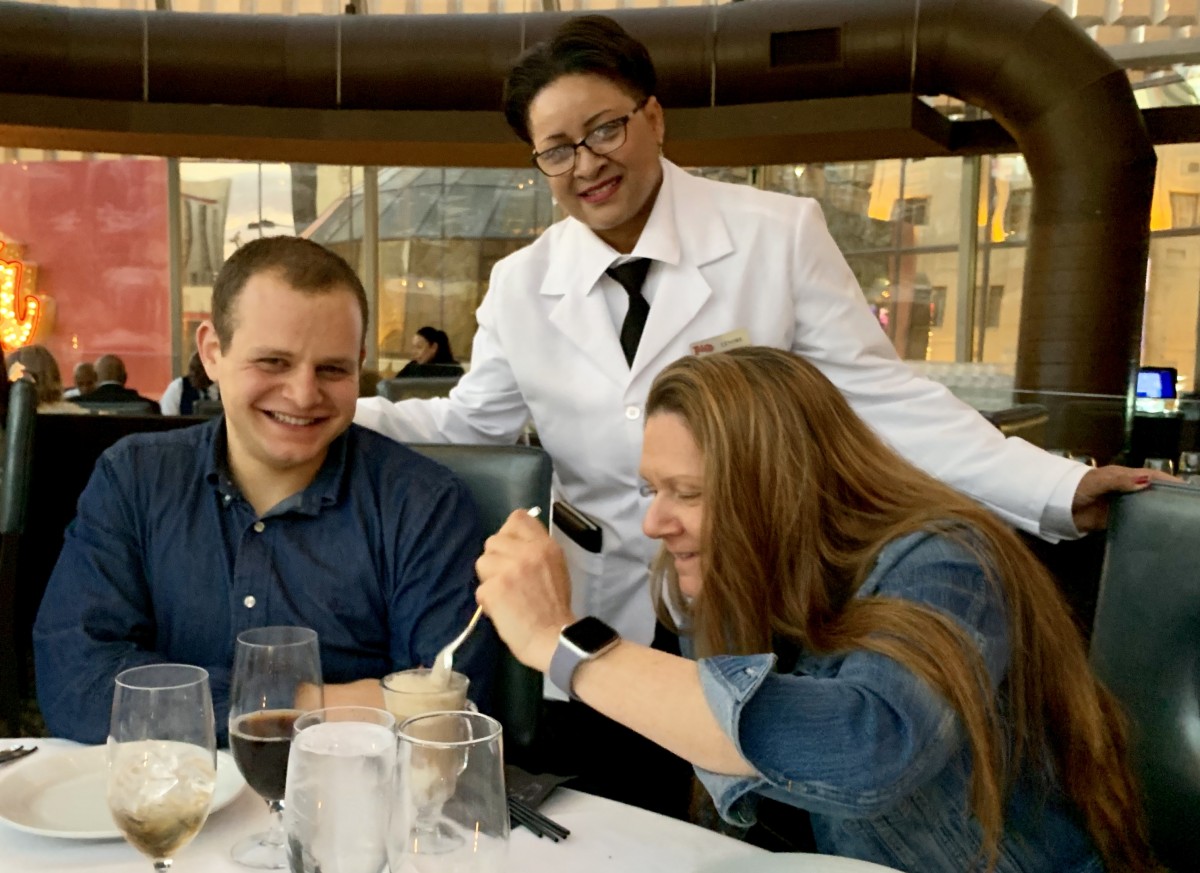 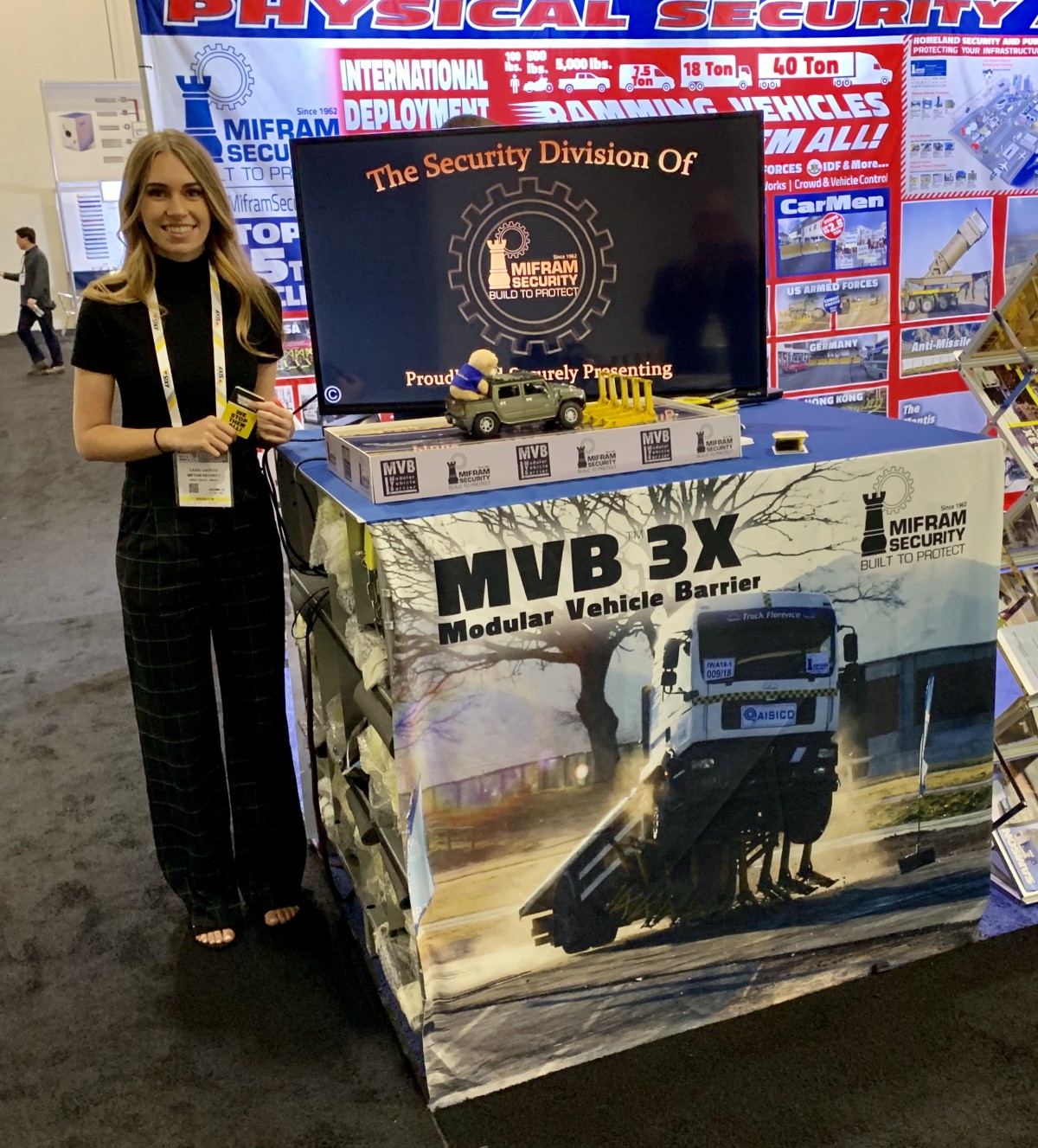 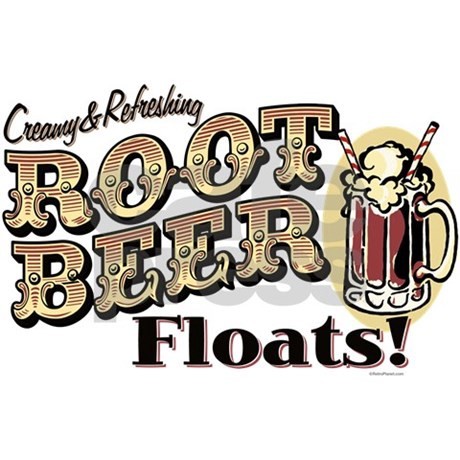