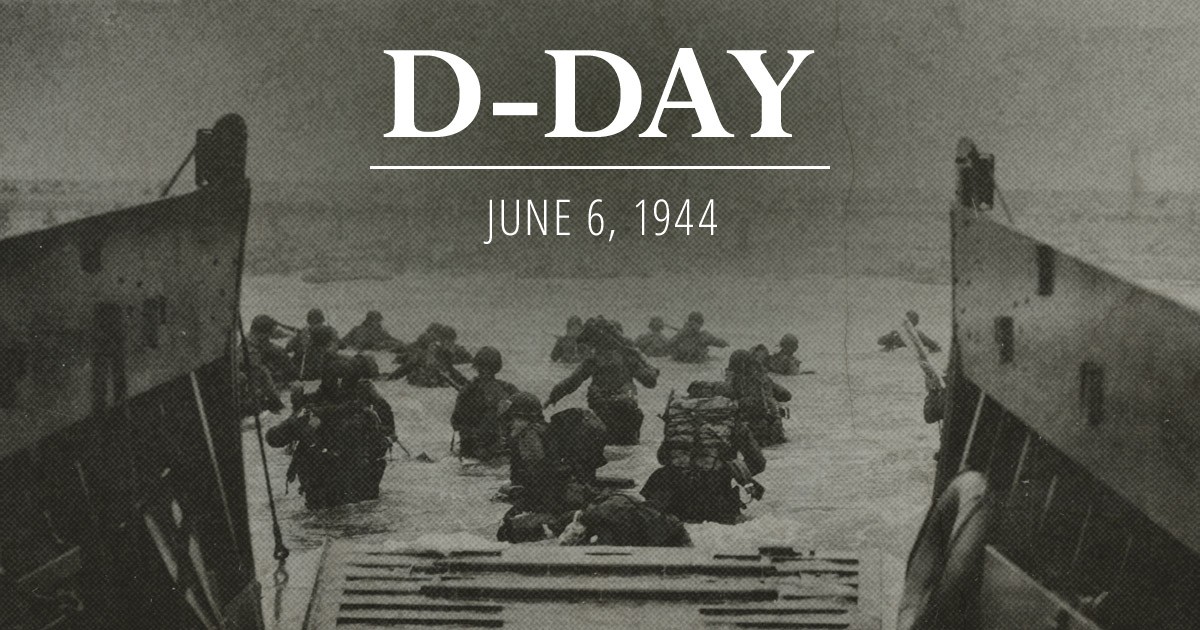 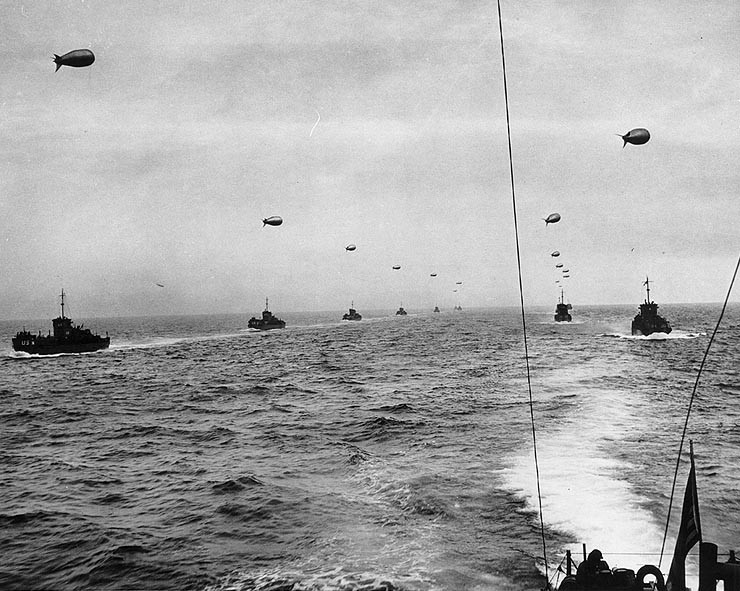 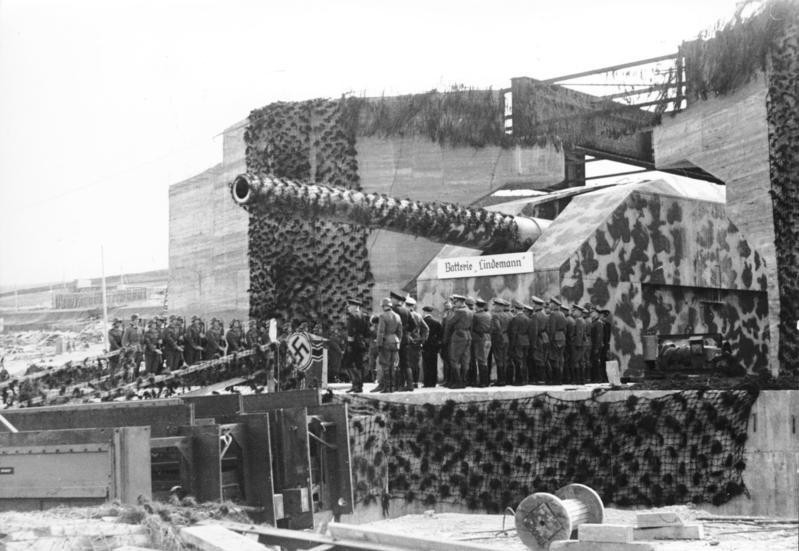 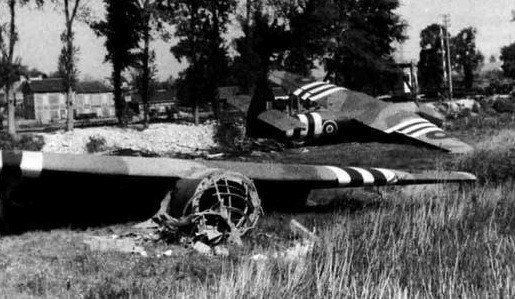 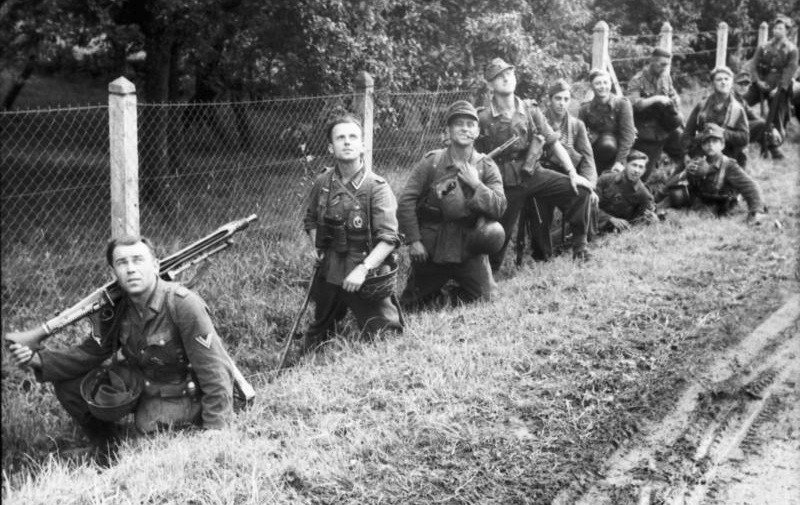 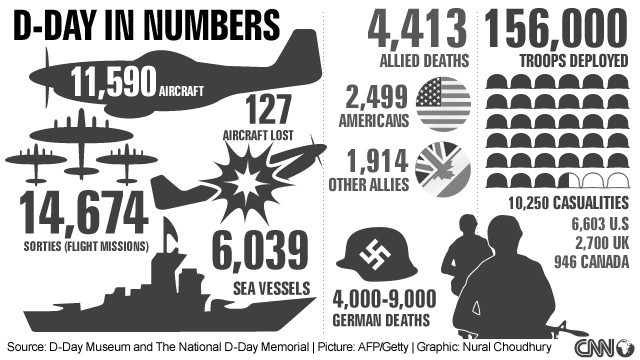 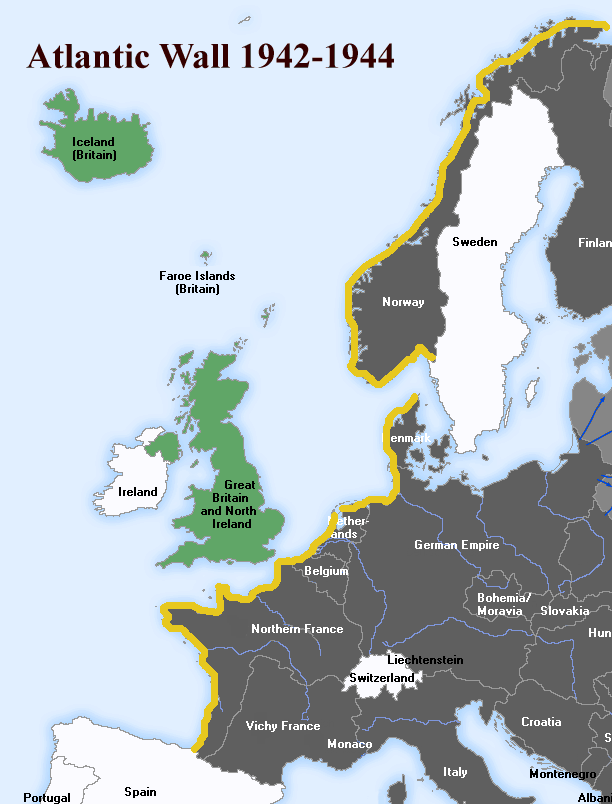 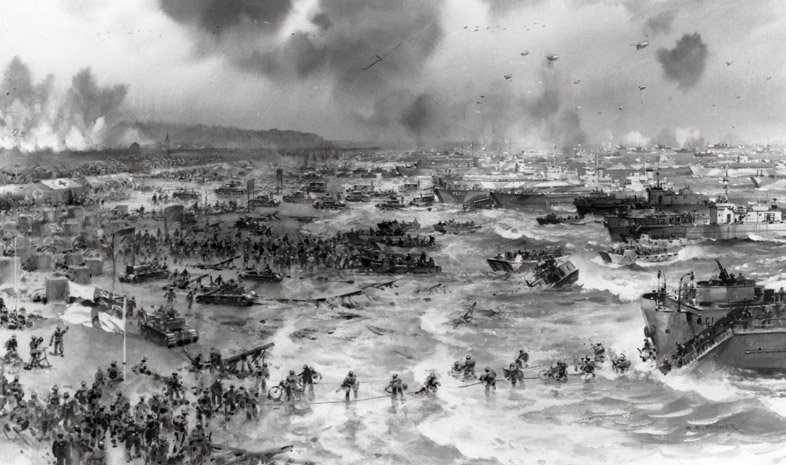 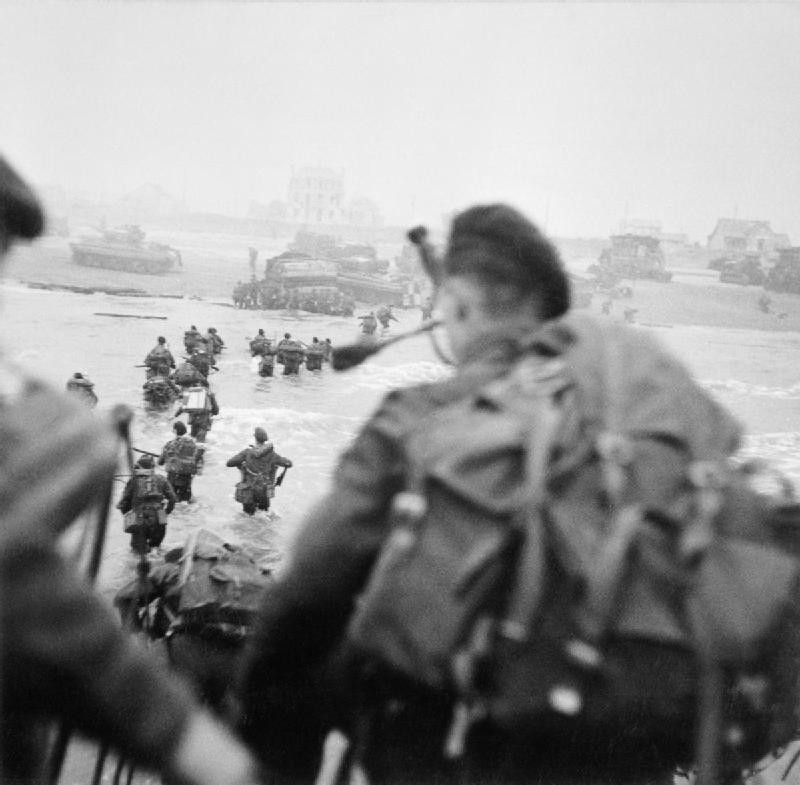 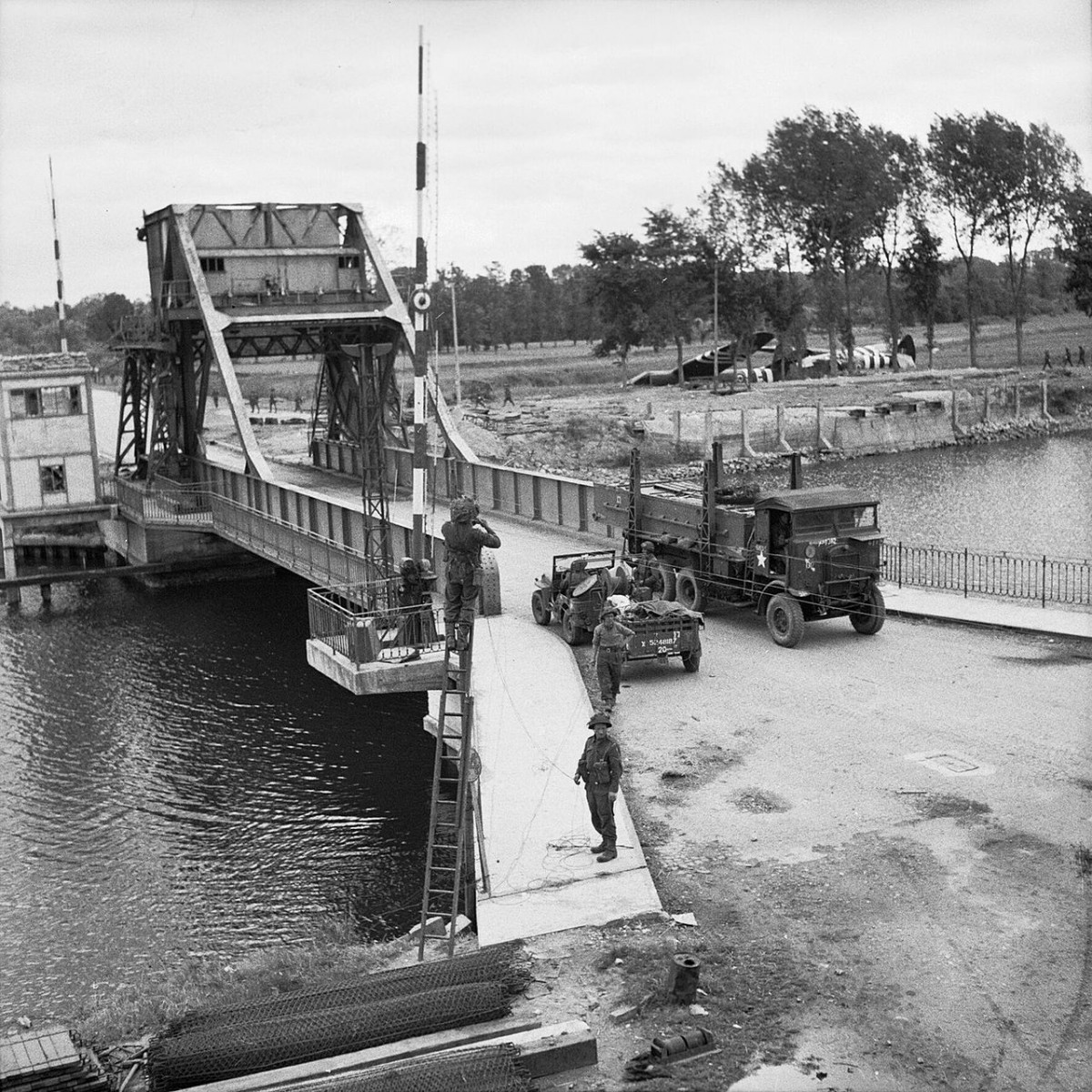 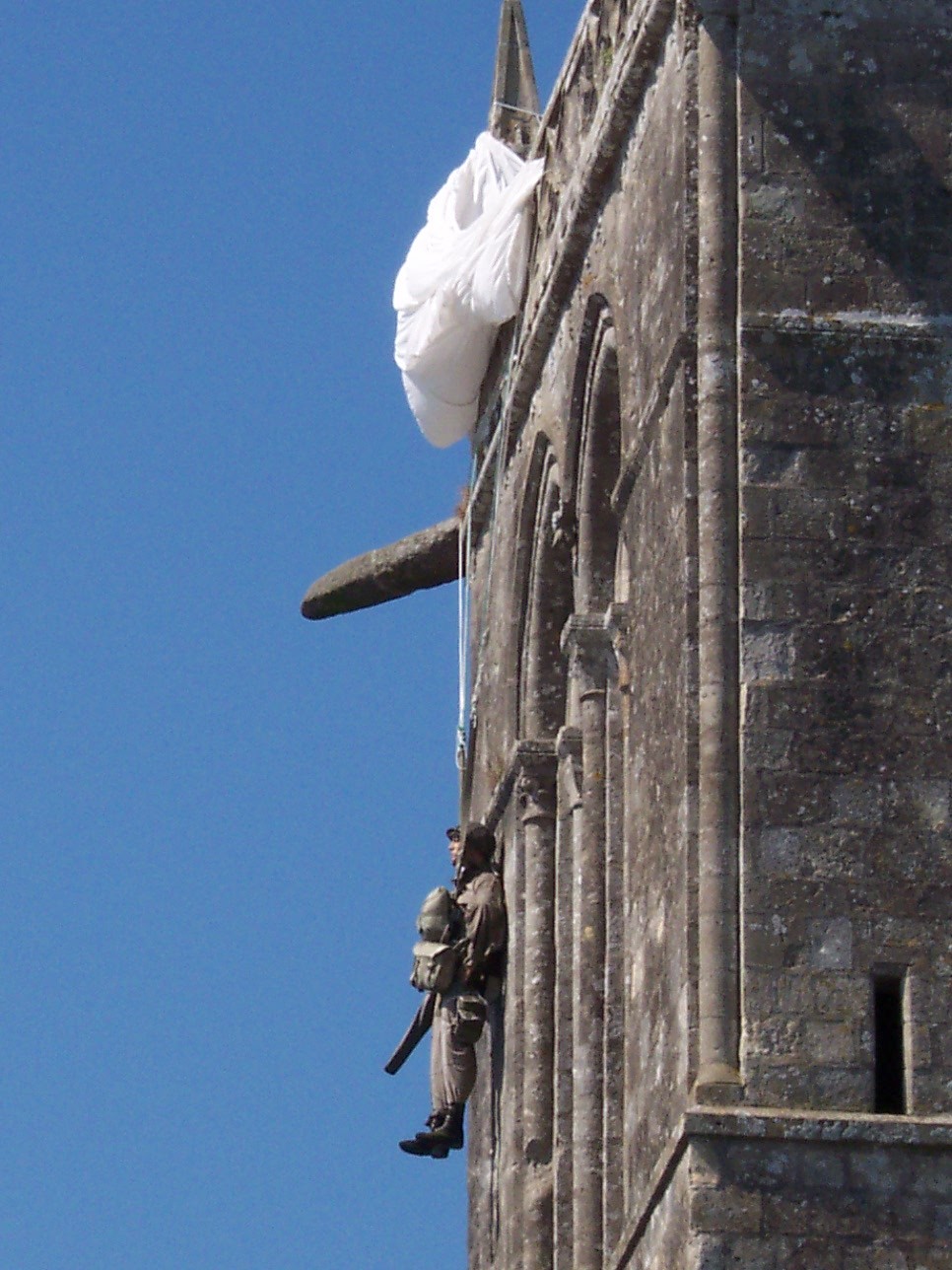 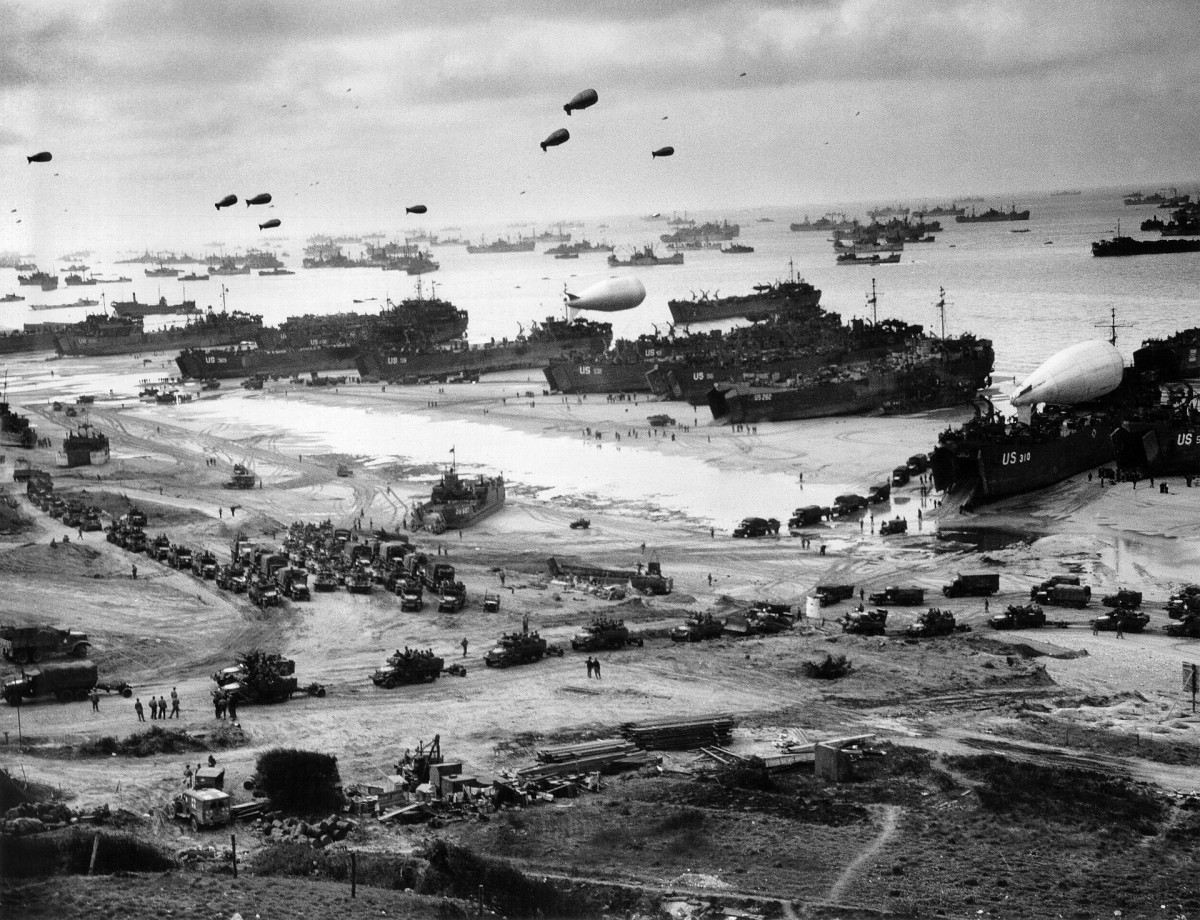 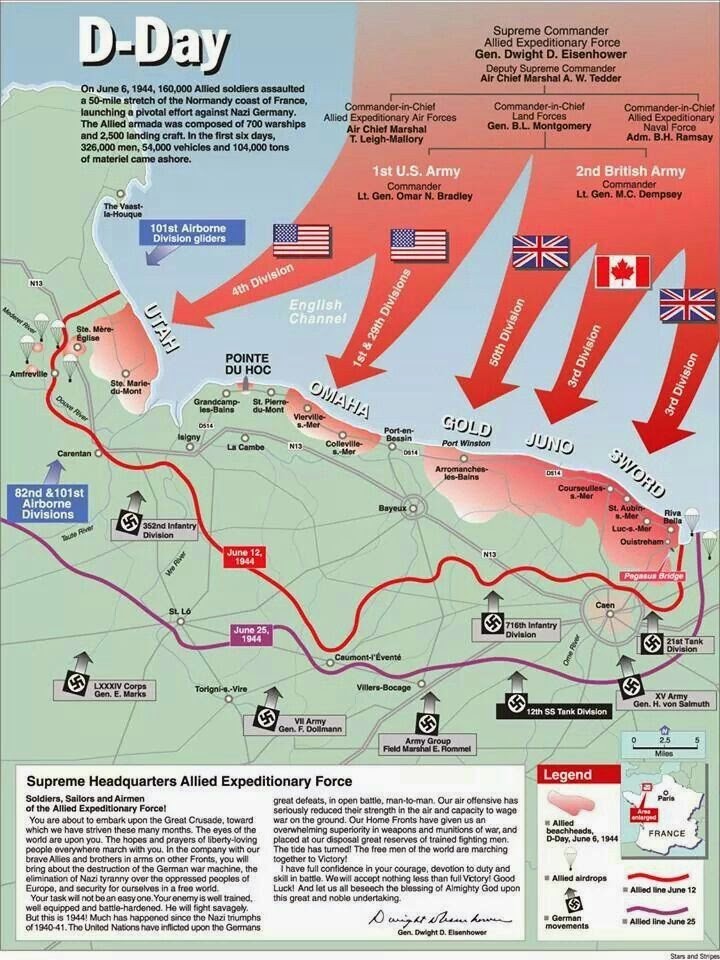 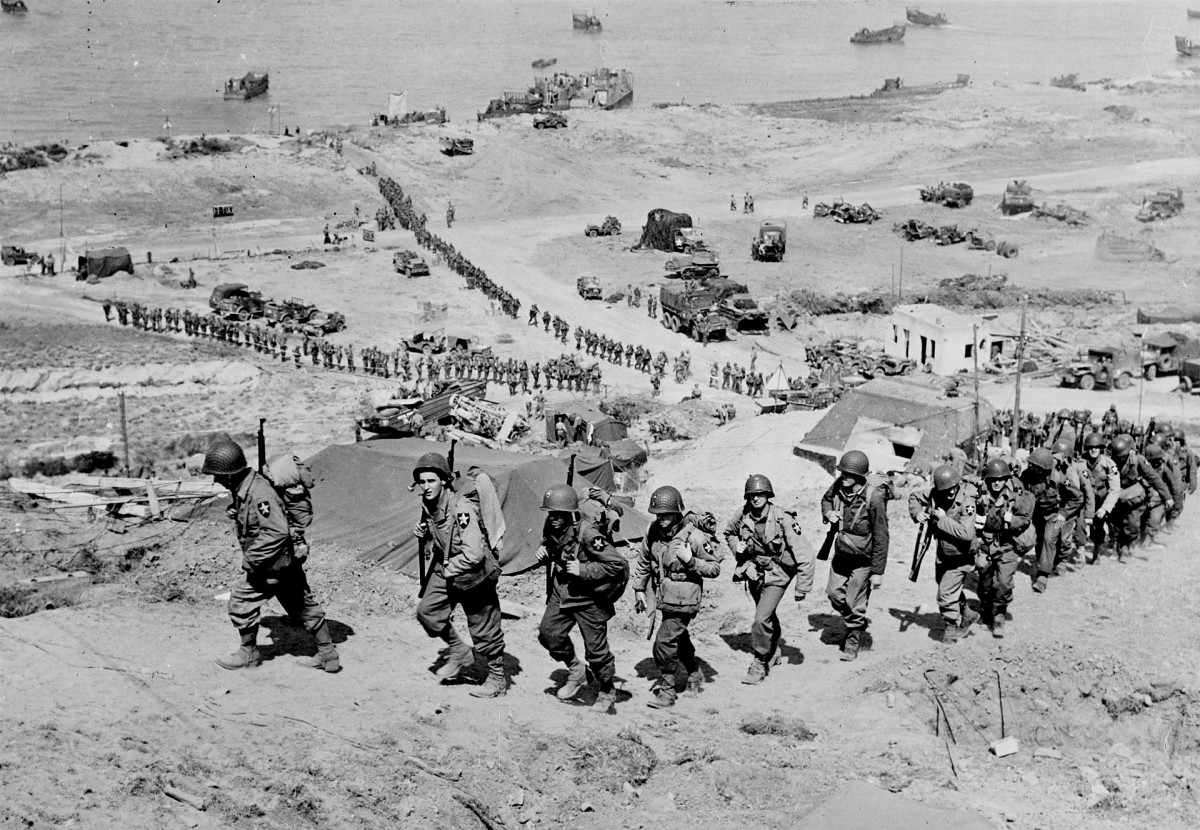 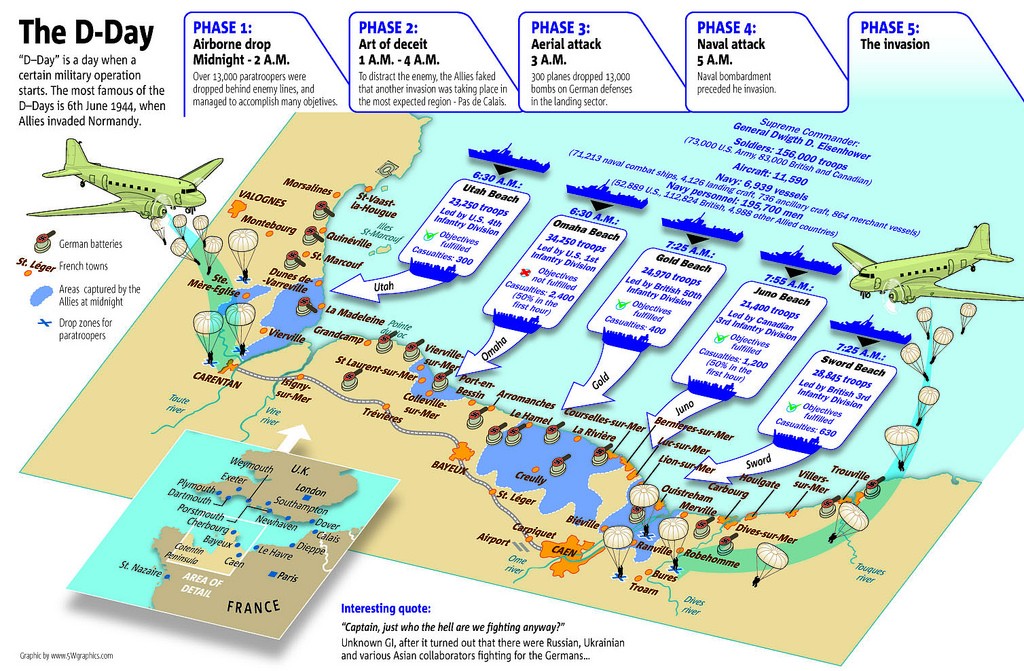 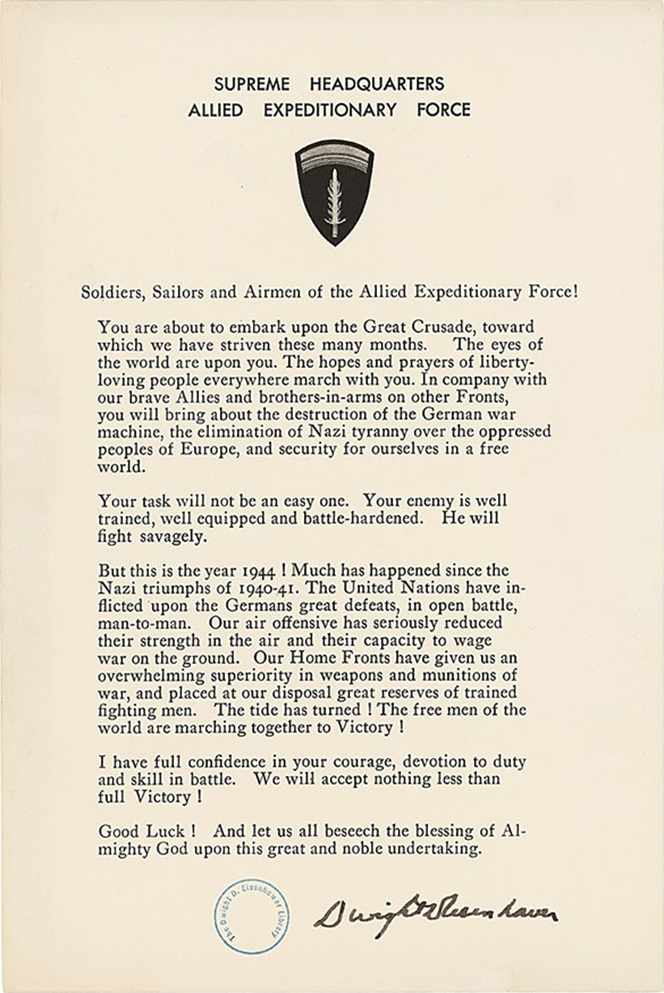 “… the first 24 hours of the invasion will be decisive … the fate of #Germany depends on the outcome … for the Allies, as well as Germany, it will be the longest day.” Erwin Rommel

“There is one great thing that you men will all be able to say after this war is over and you are home once again. You may be thankful that twenty years from now when you are sitting by the fireplace with your grandson on your knee and he asks you what you did in the great World War II, you WON’T have to cough, shift him to the other knee and say, ‘Well, your Granddaddy shoveled shit in Louisiana.'” General George S. Patton, Jr. to his troops on June 5, 1944

It has been 75 years. The largest amphibious invasion ever launched was done on this day in 1944. It was accomplished by the dedicated efforts of American, British, Canadian and other Allies against Adolph Hitler’s Nazi “Festung Europa” (Fortress Europe). The Allies of World War II launched this huge invasion when they assaulted across the English Channel at Normandy, on the northern coast of France. The Allied forces were able to establish a beachhead on German-occupied French soil. Officially, the Allied landings were called Operation Overlord. The term “D-Day” was simply the first day of the landing, with each successive day being called D+1, D+2. etc.

The main Allied land forces came from the United States, Britain, and Canada. There were also Free French forces which played an important political role in stating that free French were liberating Nazi-occupied France. In addition to this, there were smaller Allied contingents that landed later: Polish forces and contingents from Belgium, Czechoslovakia, Greece and the Netherlands. These all contributed to the Allied ground campaign. They also provided selective air and naval support alongside Allied elements of the Royal Australian Air Force, the Royal New Zealand Air Force, and the Royal Norwegian Navy.

Kicking off the D-Day invasion at Normandy were overnight parachute and glider landings, massive air attacks and naval bombardments. The first wave of Allied combat troops faced the heaviest and most dangerous German fire, particularly on “Bloody Omaha”. All of the first waves landed before and at daybreak in the early morning hours. The main amphibious landings commenced on five key beaches running from west to east on the Normandy beaches. These were codenamed Utah, Omaha, Gold, Juno and Sword. US combat troops landed on Omaha and Utah, Britain landing on Gold and Sword and Canada landing on Juno. During the second evening night, the remaining elements of the airborne divisions landed. The main D-Day forces sailed from bases on the south coast of England, particularly Portsmouth.

The Planning for D-Day was incredible. Allied forces rehearsed months before the invasion. On 28 April 1944, in south Devon on the English coast, 749 U.S. soldiers and sailors were killed when German E-boats using torpedoes & guns surprised one of these landing exercises.

For months prior to D-Day, Allied forces conducted a deception operation, Operation Fortitude (centered around Gen Patton), aimed at misleading the Germans with respect to the place and date of the landings. This was successful as the Germans initially believed that Normandy was a diversionary attack.

From a weather standpoint, only ten days a month were suitable for landings. A full moon was needed both for illumination during the hours of darkness and for the spring tide. These served to illuminate navigational landmarks for the crews of aircraft, gliders and landing craft, and to expose defensive obstacles placed by the Germans in the surf on the approaches to the beaches. A full moon occurred on 6 June. The weather was mixed. The crucial pre-invasion meeting was held on 5 June. Eisenhower's chief meteorologist (British Group Captain J.M. Stagg) forecast a brief improvement for 6 June. British General Bernard Montgomery and Eisenhower's Chief of Staff General Walter Bedell Smith wished to proceed. On the strength of Stagg's forecast, Eisenhower ordered the invasion to proceed with the short comment: “Gentlemen, we’ll go for it.”

Poor weather played a key factor in the Germans believing that the invasion would not take place at this time. Some German units stood down and many senior officers were away for the weekend. One key German commander, Field Marshal Erwin Rommel, took a few days' leave to return to Germany to celebrate his wife's birthday. Dozens of German division, regimental and battalion commanders were away from their posts conducting war games.

The actual Codenames for D-Day are fascinating with Overlord assigned to the establishment of a large-scale Allied seizure of the Normandy portion of France. Stated at the D-Day Museum:

Of note regarding the stiff German defense was the Normandy city of Caen. It was to be seized the first day of the invasion, but held out until late July despite repeated Allied attacks.

The Allied total number of troops landed on D-Day was approximately 156,000, roughly half American and the other half from the Commonwealth nations. The Normandy area was defended by an estimated 50,000 German troops.

Following North Africa, Sicily and Italy, D-Day at Normandy, France, was a huge step in the long, hard struggle that finally brought the Anglo-American armies deep into Germany. Roosevelt and Churchill were convinced that a cross-Channel landing was the way to defeat Nazi Germany. Soon, just over a month following the D-Day landings, German Generals tried to kill Hitler with a bomb. It was now clear that they thought Hitler’s Nazi reign of terror also had to end.

So today, these 75 years later, our duty is to remember and pass on their story to future generations. The important thing for all of us to do who cherish freedom, is to remember and give thanks for their service and sacrifice. We must make what they accomplished on our behalf relevant and cherished by those who come after us. It is the legacy of all freedom loving peoples.

God bless their memory for the tremendous victory they achieved.

"I have full confidence in your courage and devotion to duty and skill in battle. We will accept nothing less than full Victory! Good luck! And let us beseech the blessing of Almighty God upon this great and noble undertaking." General Dwight D Eisenhower