The Toughest Man on the Longest Day 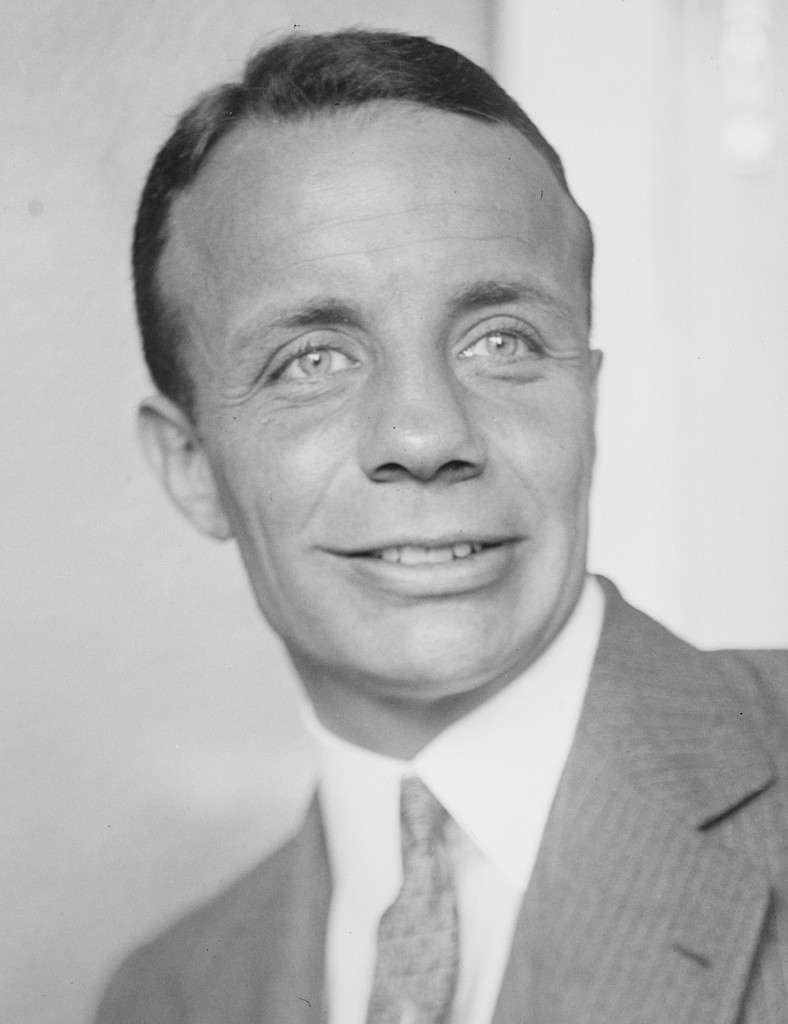 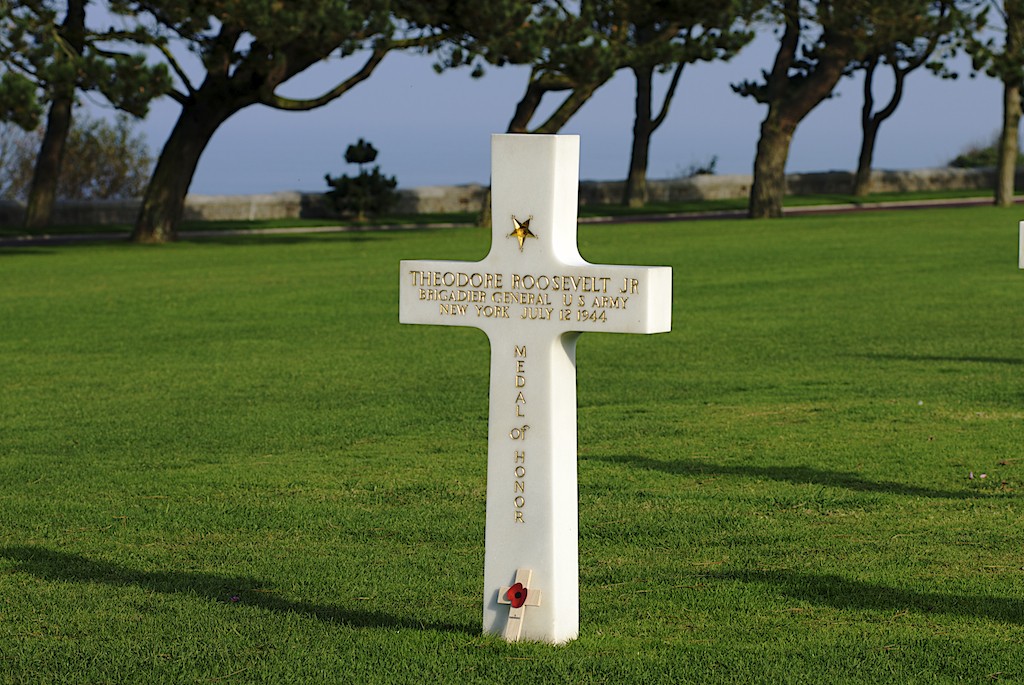 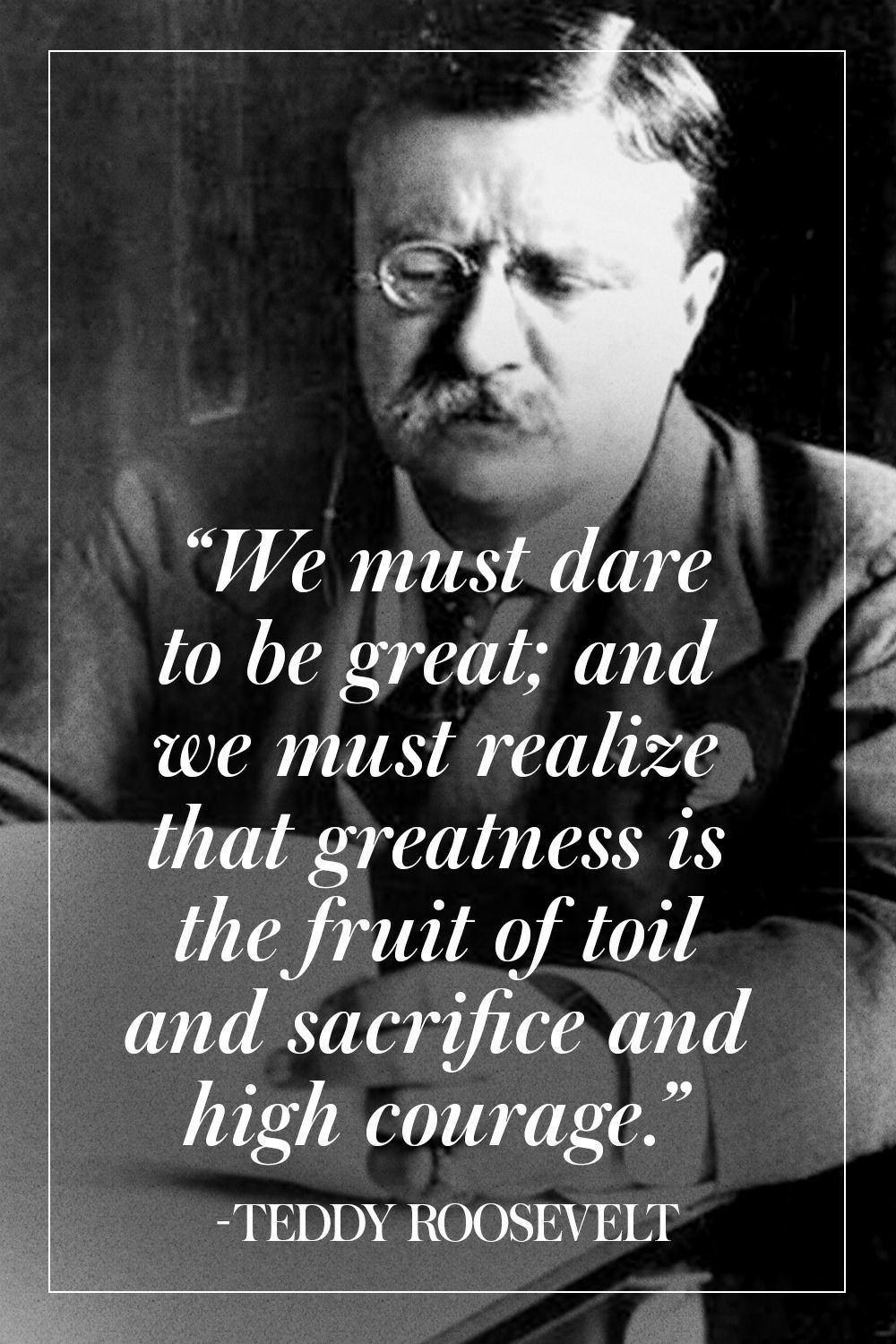 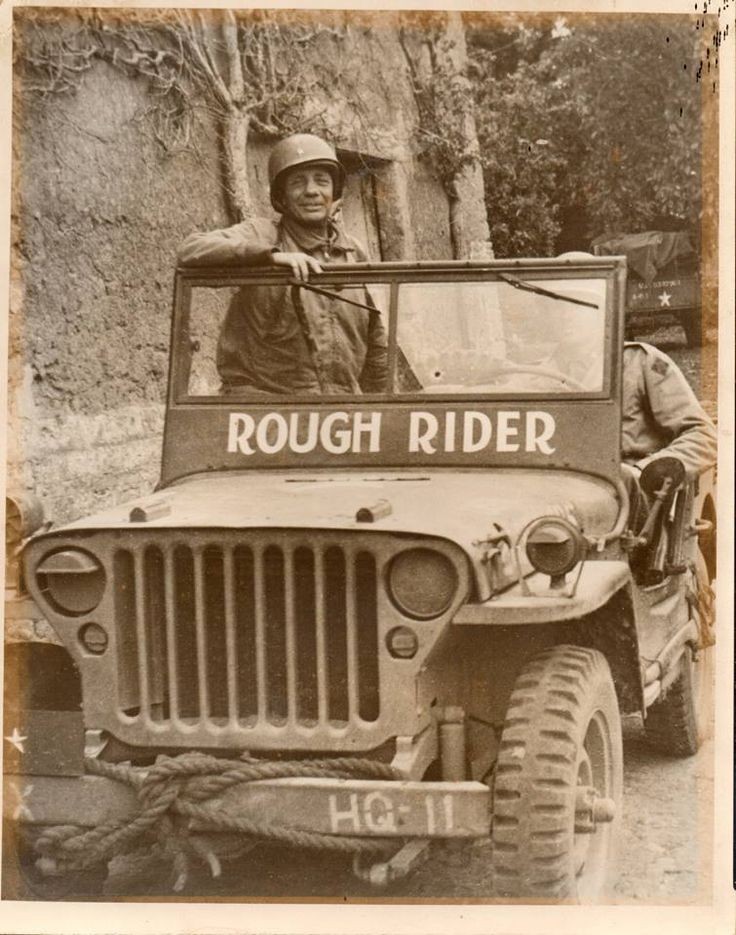 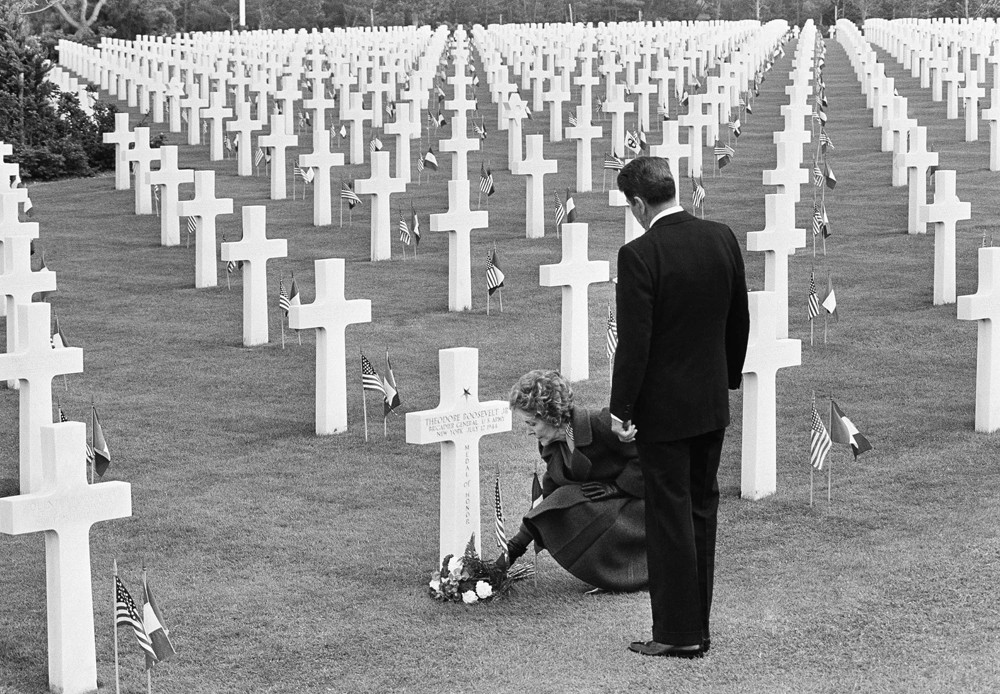 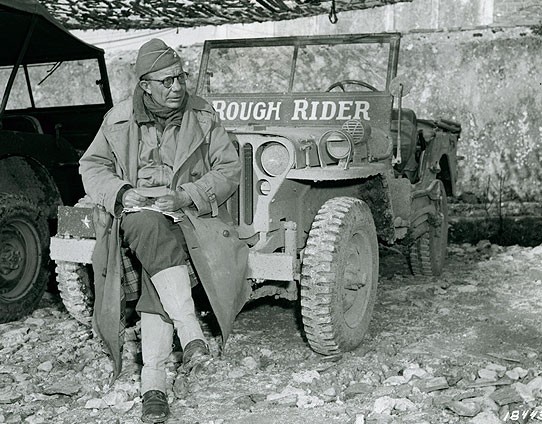 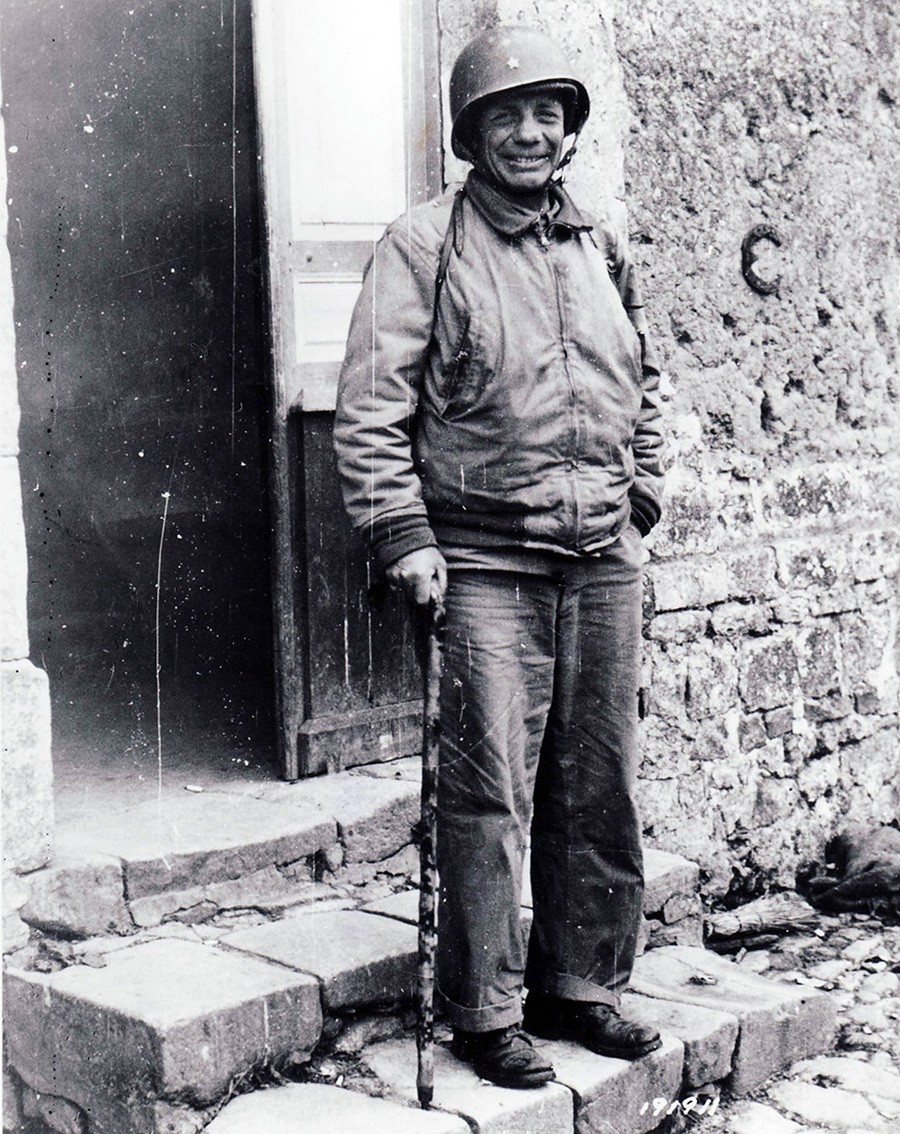 Introductory Note by Col Mike Howard US Marines (Ret): War is often chaos, and this was the case during the initial hours of the Normandy invasion. Brigadier General Theodore #Roosevelt Jr. was one of the first soldiers, along with Captain Leonard T. Schroeder Jr., off his landing craft as he led the 4th Infantry Division ashore at Utah Beach. He was accompanied in the first wave by the 8th Infantry Regiment and 70th Tank Battalion. Roosevelt was soon informed that their landing craft had drifted south of their objective by over a mile. Walking with the aid of a cane (he had been wounded in WWI) and carrying a pistol, he personally made a reconnaissance of the area immediately to the rear of the beach to locate the causeways that were to be used for the advance inland. He returned to the point of landing and contacted the commanders of the two battalions, Lieutenant Colonels Conrad C. Simmons and Carlton O. MacNeely, and coordinated the attack on the enemy positions confronting them. Opting to improvise and fight from where they had landed rather than trying to conduct a complicated move to their originally assigned positions, Roosevelt's famous words were, "We'll start the war from right here!" This very scene is powerfully portrayed by actor Henry Fonda in the #WWII classic “The Longest Day”.

Brigadier General Theodore Roosevelt Jr., the son of President “Teddy” Roosevelt, was the oldest man to hit the beach on the D-day invasion. He was also the highest ranking person to directly participate in the beach landing invasion. He was supposed to be with the other command staff in England. Gen. Roosevelt knew the importance of the mission, he knew much of the invasion force were new, untried soldiers who had never seen combat. His requests to join his men were repeatedly denied, but he persisted, even when his superiors told him he faced near certain death.

He was granted permission after explaining how his presence would inspire confidence in the invasion plan. The Commander of the Allied Forces, General Eisenhower wrote Roosevelt’s eulogy before the invasion.

On the morning of the attack, as he requested, Gen. Roosevelt was in one of the lead landing craft. He led his men across the beach to a rally point under heavy fire. Being pinned down, it appeared they were going to be wiped out. Roosevelt took charge and led a move over the sea wall.

At that time, he realized other troops were trapped back on the beach, and cut off. He returned to the beach and led these men to join the attacking force. He repeated this action several times, under heavy fire.

For these actions, he received the Congressional Medal of Honor. The official citation is below:

“For gallantry and intrepidity at the risk of his life above and beyond the call of duty on 6 June 1944, in France. After 2 verbal requests to accompany the leading assault elements in the Normandy invasion had been denied, Brig. Gen. Roosevelt's written request for this mission was approved and he landed with the first wave of the forces assaulting the enemy-held beaches. He repeatedly led groups from the beach, over the seawall and established them inland. His valor, courage, and presence in the very front of the attack and his complete unconcern at being under heavy fire inspired the troops to heights of enthusiasm and self-sacrifice. Although the enemy had the beach under constant direct fire, Brig. Gen. Roosevelt moved from one locality to another, rallying men around him, directed and personally led them against the enemy. Under his seasoned, precise, calm, and unfaltering leadership, assault troops reduced beach strong points and rapidly moved inland with minimum casualties. He thus contributed substantially to the successful establishment of the beachhead in France.”

What the citation does not say, is that Gen. Roosevelt was a combat veteran of WWI, where he was disabled by being shot through the knee. He required a cane to walk due to his injury. Gen. Roosevelt was 56 years old at the time of the invasion. He literally stormed the beach at Normandy with a cane in one hand and a pistol in the other!

When the beach was secured, later that day, command staff began to arrive. They were met on the beach by Gen. Roosevelt who gave a full report on the invasion operation.

Six days later, Roosevelt died of a heart attack. He is buried with over 9,000 of his fellow GIs in Normandy, France, overlooking Omaha Beach. He has been called “the toughest man on the longest day.”

Final Note by MH: By correctly improvising and modifying his division's original plan on the beach, Theodore Roosevelt Jr. enabled US troops to achieve their mission objectives by coming ashore and attacking north behind the beach toward its original objective. Years later, General Omar Bradley was asked to name the single most heroic action he had ever seen in combat. He replied, "Ted Roosevelt on Utah Beach."