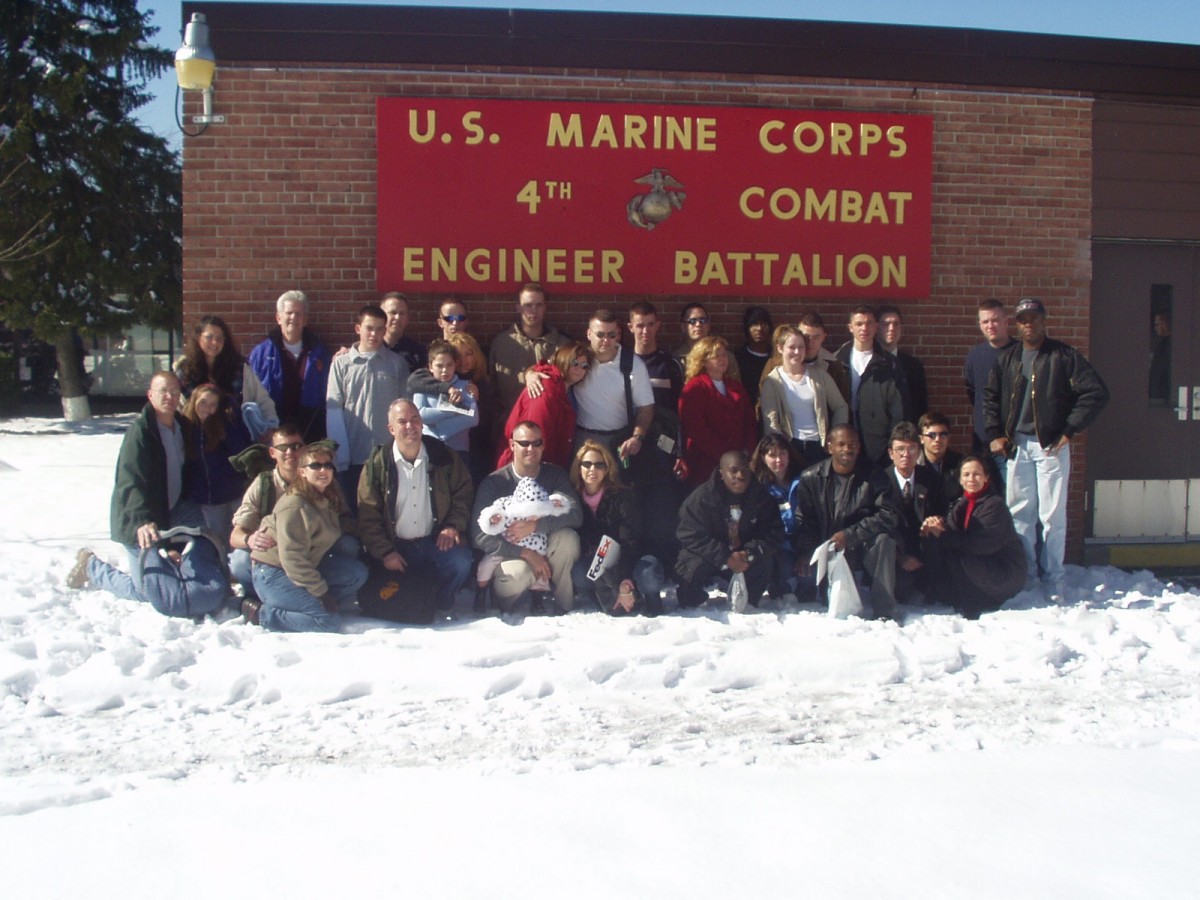 Making Peace in a Combat Zone

Colonel’s Corner –
Making Peace in a Combat Zone
Al Hillah – Things That are Worse than War – Col Mike Howard
by Carl Shipley
In 2006, Dr. Carl Shipley (Ph.D. UCLA in Neuroscience & Computer Engineering) of the UCLA Brain Research Institute, the Jet Propulsion Laboratory and Intel Corporation, wrote the book “Making Peace in a Combat Zone” – Oral History from the Three Block War in Iraq. He based this work on what General Charles Krulak, Commandant of the Marine Corps, referred to in 1997 as the need for America’s military to be able to fight a “three block war” … Combat, Peacekeeping and Humanitarian Aid. And all of this within the same area. This is his chapter based on his interview of Col Mike Howard USMC (Ret).

Colonel Mike Howard
I Marine Expeditionary Force Engineers: March 2003 – July 2003, August 2004 – April 2005
Colonel Mike Howard was one of the most senior Marine engineers in Iraq. He deployed to Iraq twice. He talks about an incident in the initial phase of the war in which a purely peaceful mission almost turned into a riot. The initiative shown by one of Colonel Howard’s sergeants was instrumental in helping control the situation. Colonel Howard uses this as an example of the importance of noncommissioned officers in Iraq, calling them the glue that holds the military together.
This echoes General Krulak’s belief that success in a counterinsurgency depends largely on the good judgment of relatively junior officers. In his article, “The Strategic Corporal,” Krulak presents a hypothetical scenario to illustrate how seemingly peaceful situations can quickly become dangerous when confronting an insurgency. In Krulak’s hypothetical scenario, a Marine corporal successfully defuses a situation in which a peaceful gathering threatens to become a riot. Col. Howard presents a very similar real-life situation.
Col. Howard makes the point that, because of Saddam’s belief in an extremely authoritarian leadership style, his army never developed a cadre of competent low and mid-level officers. Col. Howard believes creating this group of officers is the main challenge we face in building a competent Iraqi Army and that training these officers is a process that cannot be done quickly.
Col. Howard is a military historian as well as a Marine, having earned a Masters in History for which he interviewed 300 WWII veterans. Perhaps because of this academic background, his discussion of Iraq is frequently filled with quotations and a fairly high-level analysis of the war. However, at the end of his interviews, he speaks on a more personal level about a mass grave he visited at Al Hillah. More than 270 mass graves have been found in Iraq. In discussing these graves, Col. Howard argues that, while war is terrible, some things are worse than war.

In my first combat deployment we were in direct support of 1st Marine Division. We crossed the border (from Kuwait into Iraq) on March 20, 2003, for the assault on Baghdad. I deployed as a battalion commander (4th Combat Engineer Battalion) and was also the G-3 Operations officer for the Marine Expeditionary Force Engineer Group, generally known as the MEG. We saw combat immediately. As we were preparing to move out on the initial jump, the Iraqis fired a North Korean made “Seersucker” missile at our headquarters (Camp Commando, Kuwait). I was standing outside, talking on a satellite phone, and the blast from the 1,200 pound warhead knocked me to the ground. Fortunately, a concrete “Texas Barrier” between me and the missile’s impact absorbed most of the force of the blast, but the whole headquarters staff had its chimes rung.
One of the first areas considered “secured” in Iraq was Umm Qasr. It is a port located just fifteen miles from Kuwait. I was asked to accompany Admiral (Charles) Kubic, the MEG commander, in a convoy of Humvees going into Umm Qasr to inspect a large water access point the Seabee unit had constructed for Iraqi civilians. This was a very early attempt by the Marines to show the local Iraqis our good intentions and the water point was humming with activity from Iraqis who were thrilled to have access to the water. Admiral Kubic also had a large portable playground set erected next to the water point and the local children were playing on it. So here I am, in the first stages of the war, pushing a little Iraqi girl on a swing while I helped the Admiral explain the MEG mission to a truckload of international reporters.
When we were finished, the Admiral left to inspect a school being rebuilt by the Seabees and his security detail left with him. I noticed the reporters were slow getting back into their truck so I stayed back with my guys to keep an eye on them. Almost immediately, I could see there was commotion near their truck. A French female reporter had taken it upon herself to start throwing MREs out to the Iraqis. A gang of rough-looking Iraqis surrounded the truck (our Marines referred to this as “getting punked out”) and started grabbing at anything they could carry off including the reporters’ cameras, briefcases, flak jackets, and helmets.
What had been a peaceful scene was turning into a small riot and I knew it could get worse. I told the Marines in my Humvee to stay where they were, placing my sergeant, Matthew Moore, in charge. Then I yelled over at the reporters to get back in the truck and (to the Seabee driver) to get the engine going. I ran to the truck (a large US Navy deuce and a half) and jumped on the running board (just outside behind the driver). I saw an Iraqi grab the blouse of the French female reporter and slam her down onto the bed of the truck, trying to take her purse and camera. I pulled my Beretta and yelled, “Kuff Kuff Yalla Yalla” – basically, Halt, Halt. Move it!” The Iraqi looked at the pistol and dove over the side of the truck but, as he did that, other Iraqis had come up behind me and they started grabbing the back of my service belt, trying to take my K-Bar knife and ammo belt. As I tried to turn and deal with them I saw that Sergeant Moore had come over to help. He started swinging the butt of his rifle to get the Iraqis to back away and, at that point, they decided it wasn’t worth it (pissing off a Marine with a loaded rifle) and they moved off.
By this time, the Seabee driver had gotten the reporters’ truck fired up and moving so Sergeant Moore and I ran back to our Humvee and we all moved out to catch up with the Admiral Kubic’s convoy. It was only after we were moving that I realized how dangerous the situation could have become. A basically humanitarian activity had almost turned into a combat situation in a matter of seconds. I thanked God for the initiative shown by Sergeant Moore who not only saw that he needed to act, even though it meant ignoring my order to stay with the Humvee, but also had the judgment to use the appropriate level of force – enough to control the situation without causing it to escalate further. In the Marines we talk about the “strategic NCO” because we recognize that the ability of these officers to show judgment under pressure is a key to success in modern warfare. When we got back to the States, I backed up my appreciation for Sergeant Moore with a big Mexican dinner at Camp Lejeune and an award at 4th Combat Engineer Battalion, in Baltimore (where all of our Marines received Combat Action Ribbons).
That first time, I was in Iraq from March to July, 2003 (our unit had arrived in Kuwait in early February). I was mobilized again for my second combat deployment in June of 2004 and left for Iraq in August. My position then was as the I (One) MEF G-3 Engineer liaison officer to Multi-National Corps – Iraq C-7 Engineers (this was the main US Army and allied Coalition HQ in Baghdad). I became the senior US Marine combat engineer in Baghdad, working on the Army staff. I was there from August 2004 until April 2005. When someone asks me what my two deployments were like I say that the first was like WWII. It was a classic, conventional offensive (drive on the enemy capitol to get the bad guy). The second deployment was much more like Vietnam. We were facing a guerilla-type insurgency. The second type of warfare has been much more of a challenge. 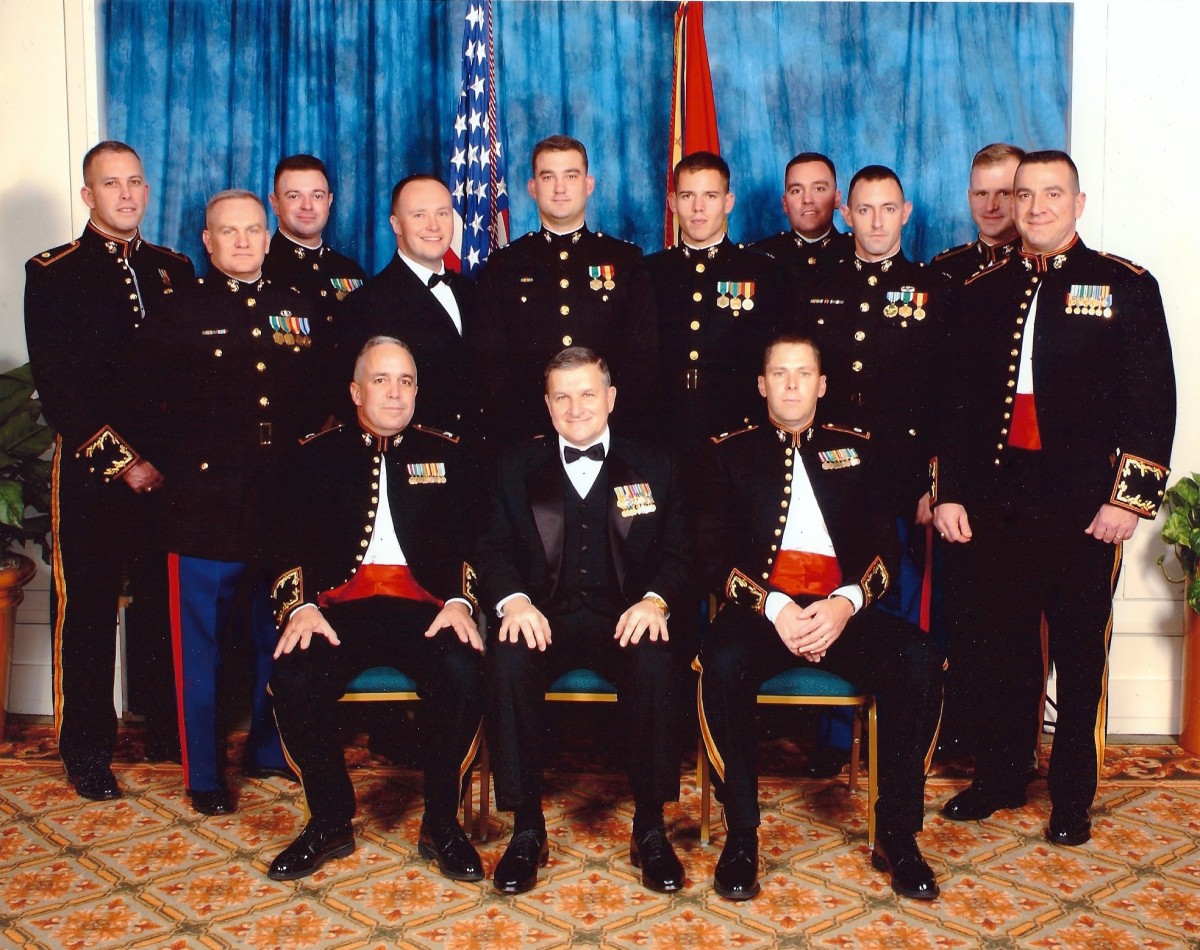 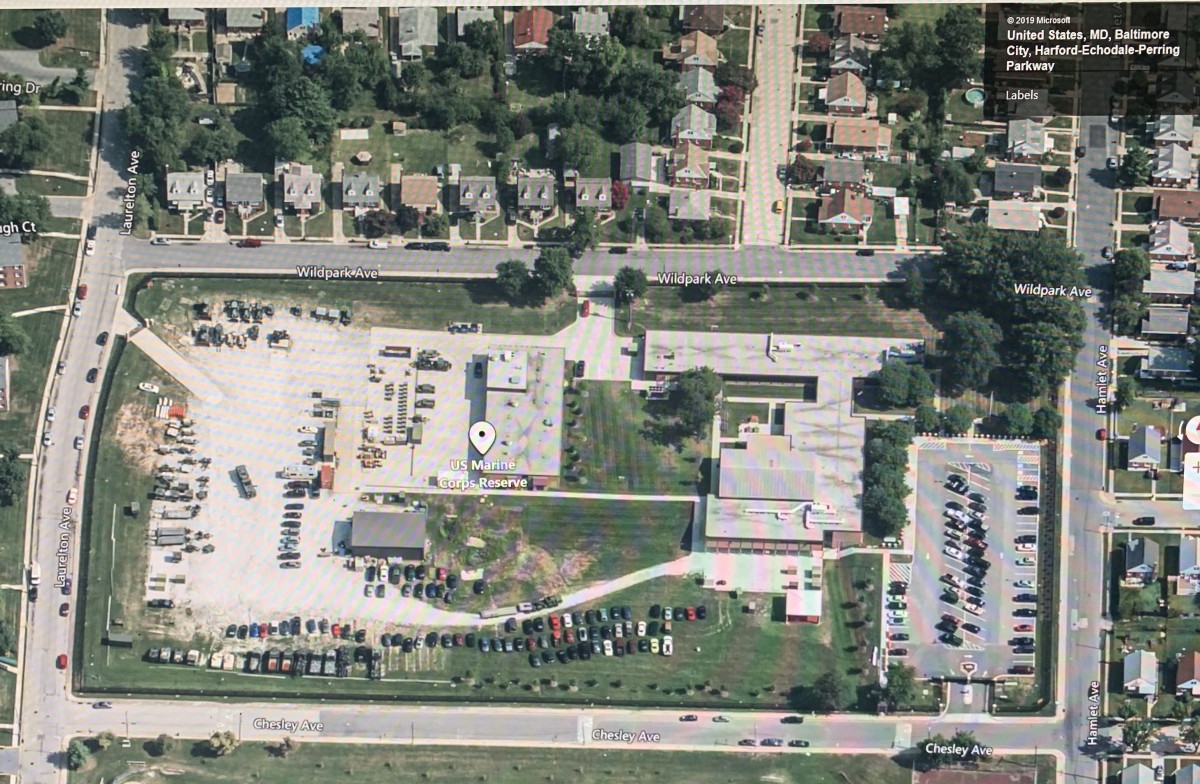 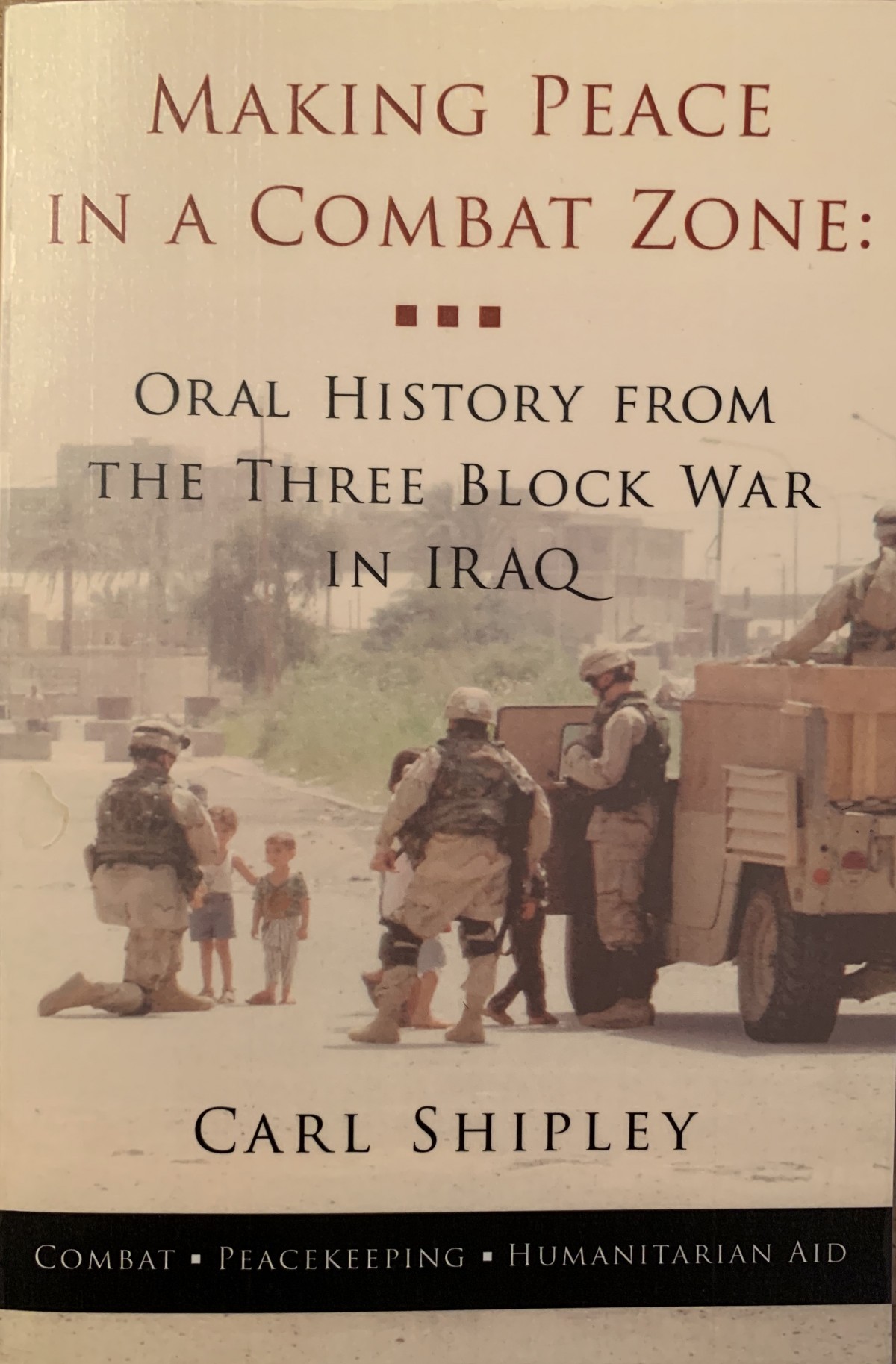