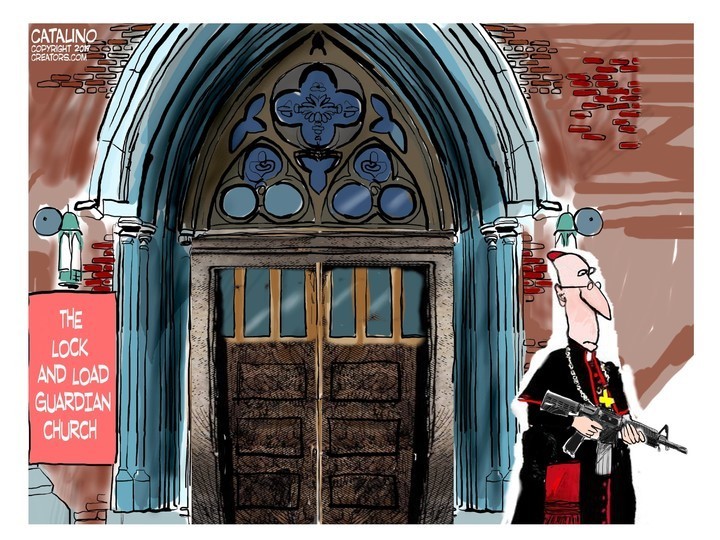 This is a tale of two church shootings in #Texas , and what we can learn from them:

The first occurred on Nov. 5, 2017, in Sutherland Springs, a little town southeast of San Antonio, when an angry man named Devin Patrick Kelley walked into the First Baptist Church there and began shooting and reloading, shooting and reloading. By the time he finished, he had fired 700 rounds, killing 26 churchgoers and wounding 20 more.

Some 11 minutes later, a neighbor who had heard the commotion grabbed his own gun and ran toward the church, hollering at Kelley, still inside the building, who stopped shooting and ran out the church door. Kelley dropped his semi-automatic rifle, pulled out a handgun and began firing at the neighbor, Stephen Willeford, as he ran for his Ford Explorer SUV. Willeford returned fire, hitting Kelley twice, and pursued him at high speeds with the help of a passerby. The chase ended with Kelley dead in his vehicle, of a self-inflicted gunshot wound.

The second happened just last Sunday, in White Settlement, a suburb northwest of Fort Worth. There, an angry man named Keith Thomas Kinnunen, walked into West Freeway Church of Christ with a shotgun hidden under his long coat. Shortly after communion, Kinnunen pulled out the shotgun and fired two shots, killing an usher and a member of the church’s security committee. As he was swinging the gun around to do more damage, he was dropped by a single shot from another member of the security committee, a firearms instructor named Jack Wilson.

You already know where I’m going with this: The difference between these two assaults was that, unlike the Sutherland Springs shooting in 2017, there were people in the White Settlement church who could protect themselves.

In each case, one unhinged assailant opened fire during a worship service. But here are the other numbers:

Two shots from the assailant vs. 700.

Those numbers provide about as stark an example as you will find for the “good guy with a gun” argument, as it applies to churches, schools and other “gun-free” places that too often have made easy targets for mass shooters. If the numbers don’t encourage the leaders of these institutions to take intelligent steps to arm themselves and otherwise protect their parishioners and others whose safety is in their hands, I don’t know what will.

Following the 2017 Sutherland Springs massacre, the Texas Legislature passed a law making it legal for concealed carry license holders to take their weapons into their places of worship unless expressly prohibited by church leaders. The law, which took effect in September, made it easier for the people in White Settlement to put together the security team that swung into action and prevented the tragedy from becoming far more deadly.

As Texas State Senator Donna Campbell, co-sponsor of the bill, said when it was passed into law, "We have learned many times over that there is no such thing as a gun-free zone.

“Those with evil intentions will violate the law and carry out their heinous acts no matter what," she said. "It makes no sense to disarm the good guys and leave law-abiding citizens defenseless where violent offenders break the law to do great harm."

There is a lesson here for everyone who thinks that a sign declaring a church or a school to be a “gun-free zone” will protect them. The sign will not protect them. A sensible security plan, and people trained to take action should action be necessary, can. If your place of worship does not have such a plan, let this serve as a wakeup call.

The law in Ohio governing concealed carry in churches is not quite as friendly as the new Texas statute, but it does allow churches to protect themselves. In Texas, a concealed carry license holder is allowed to bring a weapon into church unless expressly forbidden by the church leader. In Ohio, it’s the other way around: A license holder can bring a weapon into church only with expressed permission by the church leader.

We can leave the gun control and background check argument for another day, as we face the reality that bad people exist, intent on doing harm, and we need to do something about it. Last week’s attack was carried out by a man with a shotgun. Not even the most extreme gun control advocates suggest outlawing shotguns, so the emphasis should be on self-defense.

Both Willeford and Wilson described the actions they took as a battle between good and evil, which it most assuredly was. But in order for such a battle to be won, there have to be good guys to fight it.

A video of Sunday’s shooting, taken by security cameras in the church, is available on YouTube. What happened, what was done right and wrong and why, is narrated by John Correia, a pastor who describes himself as an evidence-based defensive trainer. If you watch the video, you will see why.

It makes tough watching. Nothing is bleeped out or blotted. But it should be required viewing for anyone who is not yet convinced that our churches and schools should take steps to defend themselves. 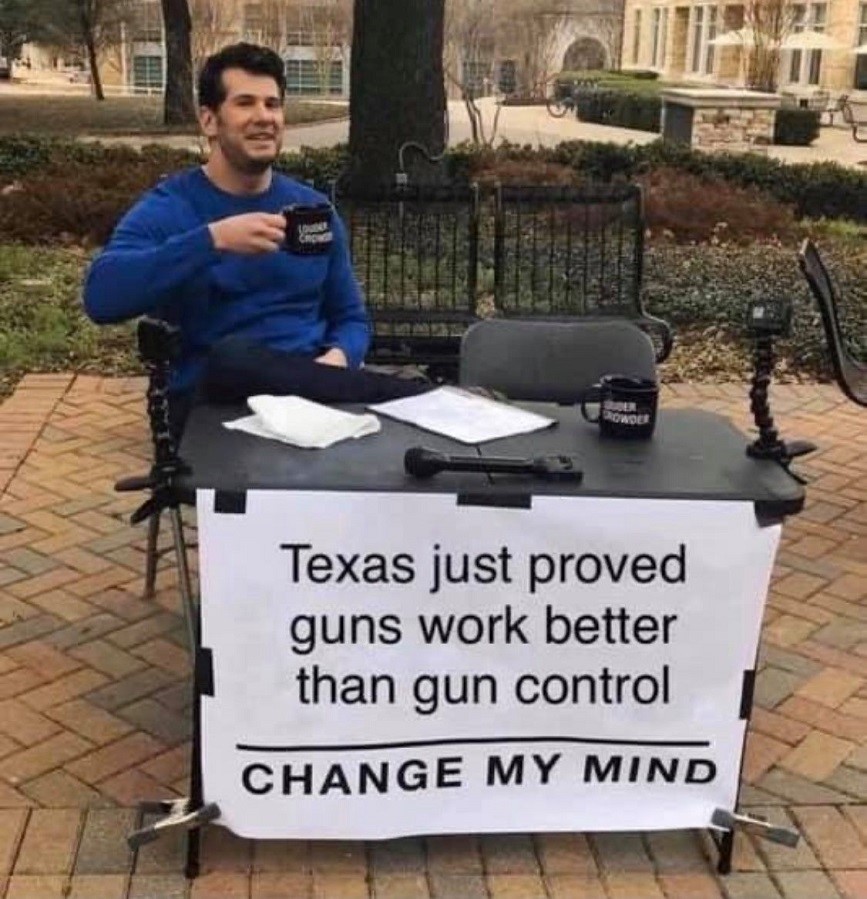 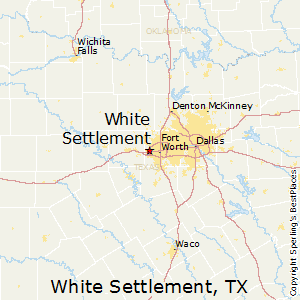 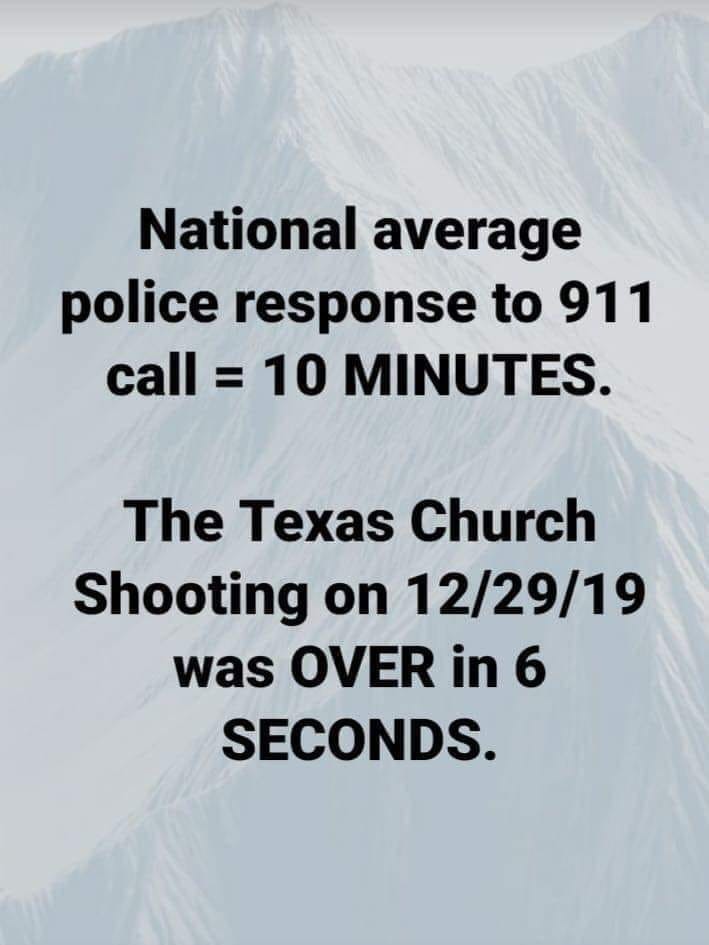