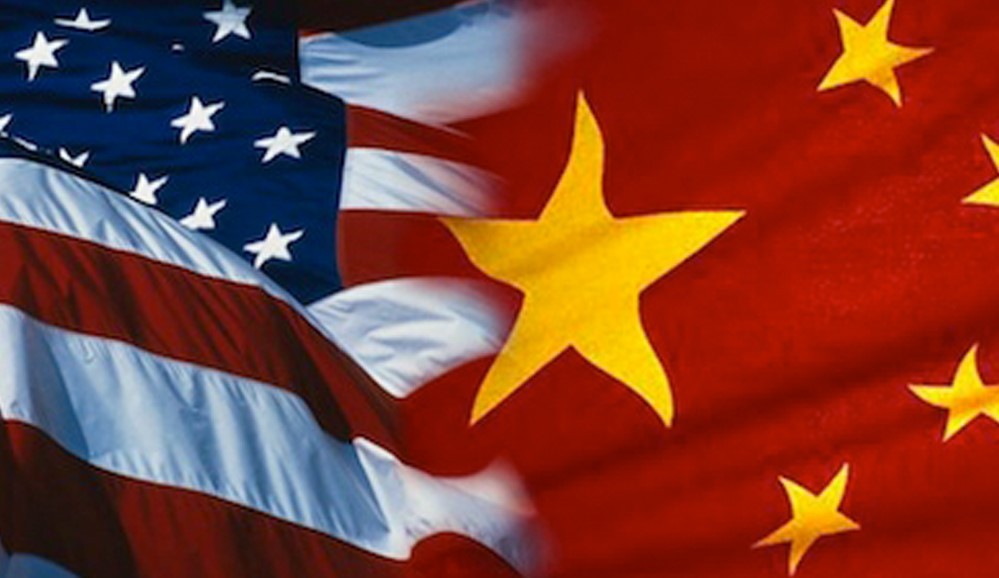 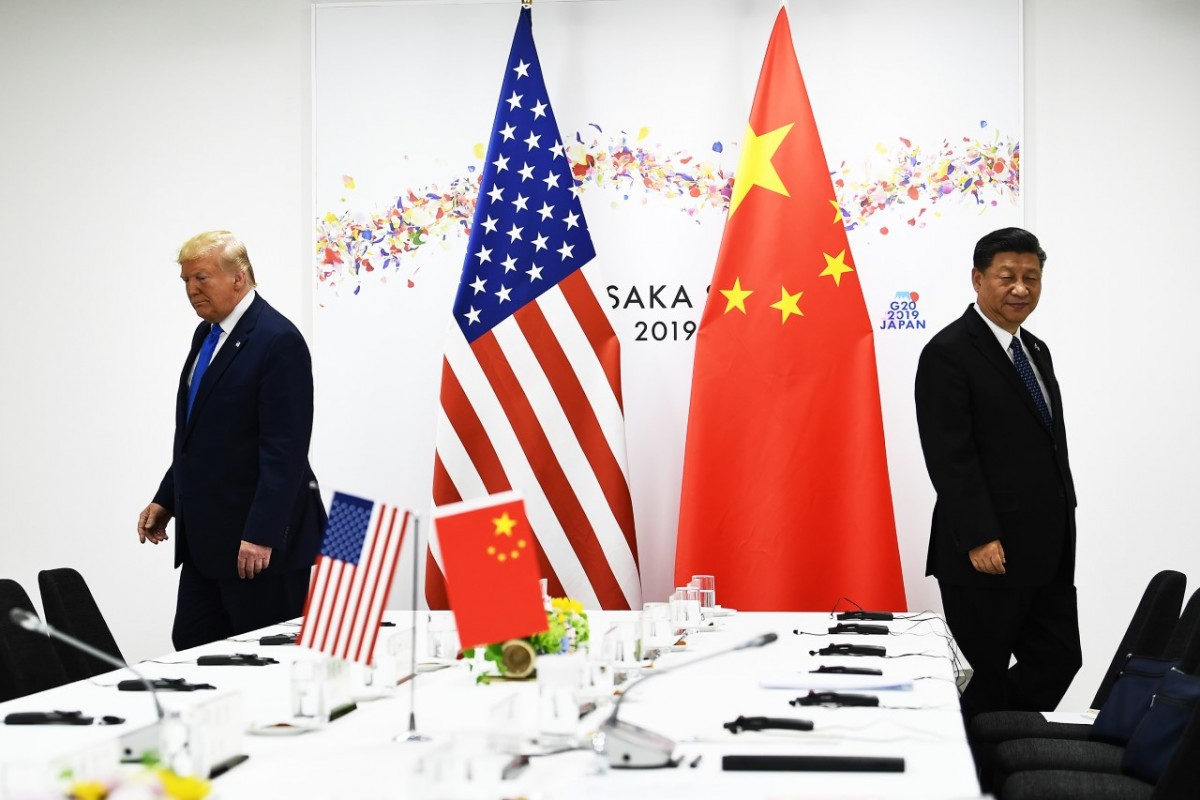 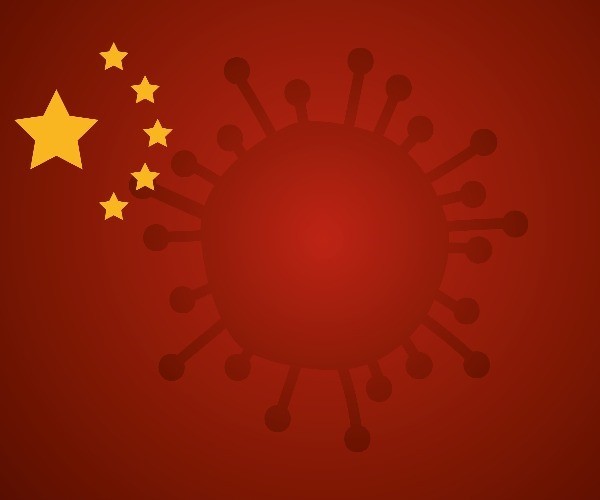 Edward Luttwak wrote the book on regime change, and he sees parallels between China’s pandemic response and the Soviet Union’s late years.

Chinese citizens (to include the elite) online have started describing the Mr. Xi regime as “ridiculous”.

“I saw not an emperor standing there exhibiting his ‘new clothes’, but a clown who stripped off his clothes and insisted on continuing being an emperor.” Ren Zhiqiang, retired Chinese billionaire real-estate tycoon & Communist Party member, who was soon arrested, Wall Street Journal, May 23-24 2020, Edward Luttwak expert on Regime Change

Since the United States and the People’s Republic of China (PRC) established diplomatic relations in 1979, United States policy toward the PRC was largely premised on a hope that deepening engagement would spur fundamental economic and political opening in the PRC and lead to its emergence as a constructive and responsible global stakeholder, with a more open society. More than 40 years later, it has become evident that this approach underestimated the will of the Chinese Communist Party (CCP) to constrain the scope of economic and political reform in China. Over the past two decades, reforms have slowed, stalled, or reversed. The PRC’s rapid economic development and increased engagement with the world did not lead to convergence with the citizen-centric, free and open order as the United States had hoped. The CCP has chosen instead to exploit the free and open rules based order and attempt to reshape the international system in its favor. Beijing openly acknowledges that it seeks to transform the international order to align with CCP interests and ideology. The CCP’s expanding use of economic, political, and military power to compel acquiescence from nation states harms vital American interests and undermines the sovereignty and dignity of countries and individuals around the world.

The PRC today poses numerous challenges to United States national interests. 1. Economic Challenges Beijing’s poor record of following through on economic reform commitments and its extensive use of state-driven protectionist policies and practices harm United States companies and workers, distort global markets, violate international norms, and pollute the environment. When the PRC acceded to the World Trade Organization (WTO) in 2001, Beijing agreed to embrace the WTO’s open market-oriented approach and embed these principles in its trading system and institutions. WTO members expected China to continue on its path of economic reform and transform itself into a market-oriented economy and trade regime.

These hopes were not realized. Beijing did not internalize the norms and practices of competition-based trade and investment, and instead exploited the benefits of WTO membership to become the world’s largest exporter, while systematically protecting its domestic markets. Beijing’s economic policies have led to massive industrial overcapacity that distorts global prices and allows China to expand global market share at the expense of 3 competitors operating without the unfair advantages that Beijing provides to its firms. The PRC retains its non-market economic structure and state-led, mercantilist approach to trade and investment. Political reforms have likewise atrophied and gone into reverse, and distinctions between the government and the party are eroding. General Secretary Xi’s decision to remove presidential term limits, effectively extending his tenure indefinitely, epitomized these trends.

Challenges to Our Values

The CCP promotes globally a value proposition that challenges the bedrock American belief in the unalienable right of every person to life, liberty, and the pursuit of happiness. Under the current generation of leadership, the CCP has accelerated its efforts to portray its governance system as functioning better than those of what it refers to as “developed, western countries.” Beijing is clear that it sees itself as engaged in an ideological competition with the West. In 2013, General Secretary Xi called on the CCP to prepare for a “long-term period of cooperation and conflict” between two competing systems and declared that “capitalism is bound to die out and socialism is bound to win.” 5 The CCP aims to make China a “global leader in terms of comprehensive national power and international influence,” as General Secretary Xi expressed in 2017, by strengthening what it refers to as “the system of socialism with Chinese characteristics.” This system is rooted in Beijing’s interpretation of Marxist-Leninist ideology and combines a nationalistic, single party dictatorship; a state-directed economy; deployment of science and technology in the service of the state; and the subordination of individual rights to serve CCP ends. This runs counter to principles shared by the United States and many likeminded countries of representative government, free enterprise, and the inherent dignity and worth of every individual.

As China has grown in strength, so has the willingness and capacity of the CCP to employ intimidation and coercion in its attempts to eliminate perceived threats to its interests and advance its strategic objectives globally. Beijing’s actions belie Chinese leaders’ proclamations that they oppose the threat or use of force, do not intervene in other countries’ internal affairs, or are committed to resolving disputes through peaceful dialogue. Beijing contradicts its rhetoric and flouts its commitments to its neighbors by engaging in provocative and coercive military and paramilitary activities in the Yellow Sea, the East and South China Seas, the Taiwan Strait, and Sino-Indian border areas.

The NSS demands that the United States “rethink the policies of the past two decades – policies based on the assumption that engagement with rivals and their inclusion in international institutions and global commerce would turn them into benign actors and trustworthy partners. For the most part, this premise turned out to be false. Rival actors use propaganda and other means to try to discredit democracy. They advance anti-Western views and spread false information to create divisions among ourselves, our allies, and our partners.” Guided by a return to principled realism, the United States is responding to the CCP’s direct challenge by acknowledging that we are in a strategic competition and protecting our interests appropriately. The principles of the United States’ approach to China are articulated both in the NSS and our vision for the Indo-Pacific region – sovereignty, freedom, openness, rule of law, fairness, and reciprocity. United States-China relations do not determine our Indo-Pacific strategy, but rather fall within that strategy and the overarching 8 NSS. By the same token, our vision of a free and open Indo-Pacific region does not exclude China. The United States holds the PRC government to the same standards and principles that apply to all nations. We believe this is the treatment that the people of China want and deserve from their own government and from the international community. Given the strategic choices China’s leadership is making, the United States now acknowledges and accepts the relationship with the PRC as the CCP has always framed it internally: one of great power competition.

In accordance with the President’s NSS, the political, economic, and security policies outlined in this report seek to protect the American people and homeland, promote American prosperity, preserve peace through strength, and advance a free and open vision abroad. During the first 3 years of the Administration, the United States has taken significant steps in implementing this strategy as it applies to China: Protect the American People, the Homeland, and the American Way of Life

The Administration’s approach to the PRC reflects a fundamental reevaluation of how the United States understands and responds to the leaders of the world’s most populous country and second largest national economy. The United States recognizes the long-term strategic competition between our two systems. Through a whole-of-government approach and guided by a return to principled realism, as articulated by the NSS, the United States Government will continue to protect American interests and advance American influence. At the same time, we remain open to constructive, results-oriented engagement and cooperation from China where our interests align. We continue to engage with PRC leaders in a respectful yet clear-eyed manner, challenging Beijing to uphold its commitments.

For the complete report: