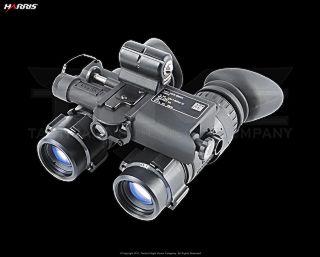 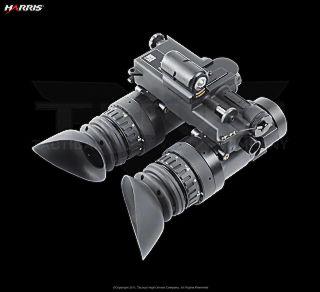 The Harris F5050SLG (AN/PVS-23 type) is a multi-purpose night vision binocular system designed for use by ground and sea-borne operators. It is derived from the proven AN/AVS-6 (ANVIS) goggle, using aviation standard Harris Gen3 PINNACLE optics. This allows the F5050SLG to provide an unparalleled image in a substantially more-rugged package than its aviation counterparts. The F5050SLG has been designed from the ground up to handle the harshest battlefield conditions. The F5050SLG is the civilian model of the AN/PVS-23 (F5050YG). It is identical in almost every way except the tubes are Harris Commercial-Spec Gen3 PINNACLE (the same quality of tube found in the PVS-14 Night Enforcer).

U.S. Military Special Operations Forces began using binocular style night vision devices in the form of the ANVIS-6 and ANVIS-9 goggles. These units were built to operate in controlled environments, like cockpits, where they would not be exposed to the rigors and abuse of the field. However, the lenses and optics afforded the best possible image for pilots who needed depth perception to fly their planes and helos at night. This ability was coveted by the special operations community and aviation-type night vision began being used on the ground. However, the somewhat fragile nature of aviation-style goggles proved the need for more rugged systems. Enter the AN/PVS-23. Using Harris’ latest Gen3 PINNACLE tube technology and aviation-grade optics, the AN/PVS-23 provides the operator the best of both worlds.

PINNACLE gives the user unparalleled imaging and pushes Gen3 technology to the max. The user can operate in environments that, previously, would have been non-permissive to night vision because the system reduces the blooming and halo effects of bright light. The operator no longer needs to worry about getting bright lights blinding him or her or damaging the unit. Of course, this does not mean that the user can walk around in sunlight with his or her PVS-15, but they will not fry the tube if they make entry into a room and the bad guy flips on the light switch or shines a flashlight in their direction. PINNACLE really shines in lower-light situations where there is less contrast created by ambient light. Details not visible to standard Gen3 tubes can be better seen by PINNACLE units because they can gather more light to better resolve images. This makes PINNACLE units ideal for military and law enforcement units.

The F5050SLG is an excellent choice for land navigation and vehicle operation. As a binocular-style system, it provides increased depth perception because each eye receives a unique image, giving greater clarity than can be obtained with a single tube. It features independent eye-span adjustment for precise interpupiliary settings. Along with built-in tilt adjustment, the F5050SLG produces one of the most comfortable, least-straining images of all night vision devices available. The system can be worn comfortably for hours on end with little-to-no eye fatigue.

The F5050SLG’s body housing is rugged and self-contained. The unit can be employed in hand-held or hands-free modes. Unlike its aviation counterparts, the F5050SLG can used free of its mount. It features an onboard battery compartment that allows it to run for up to 10 hours off a single AA battery. For extended, hands-free use, the F5050SLG can be plugged into a remote battery pack that mounts to the back of the operator’s helmet. The battery pack plugs into the mounting shroud via cable and allows the F5050SLG to be powered when it is attached to the mount. The unit also features an excellent built-in IR illuminator that is focusable to narrow and wide beam. 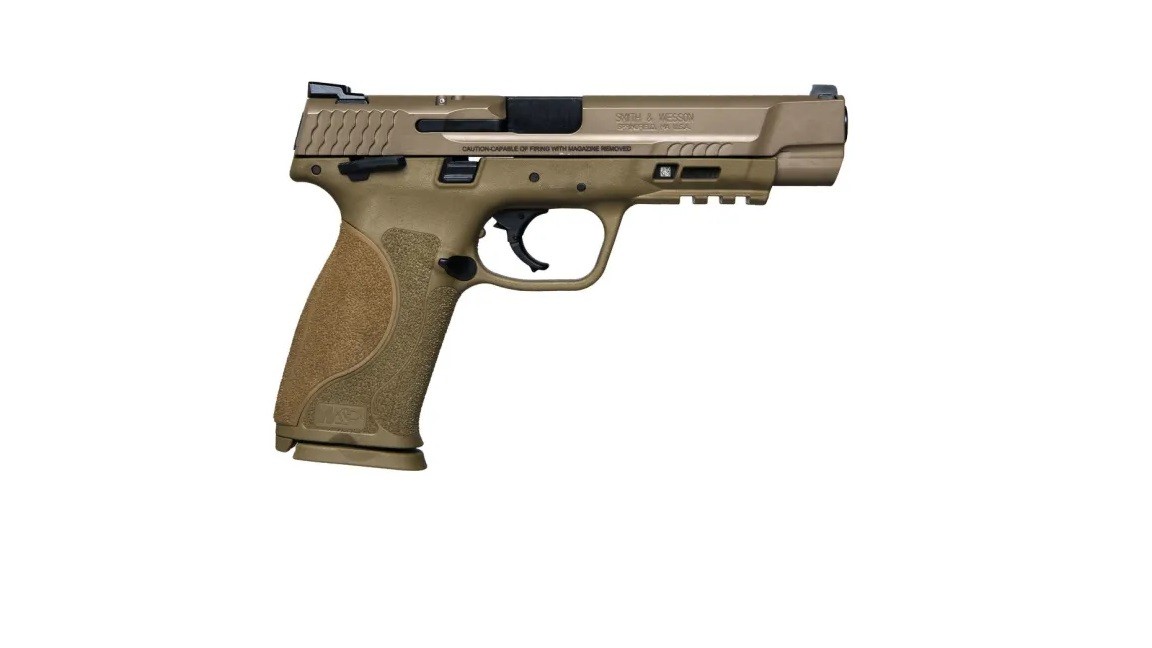 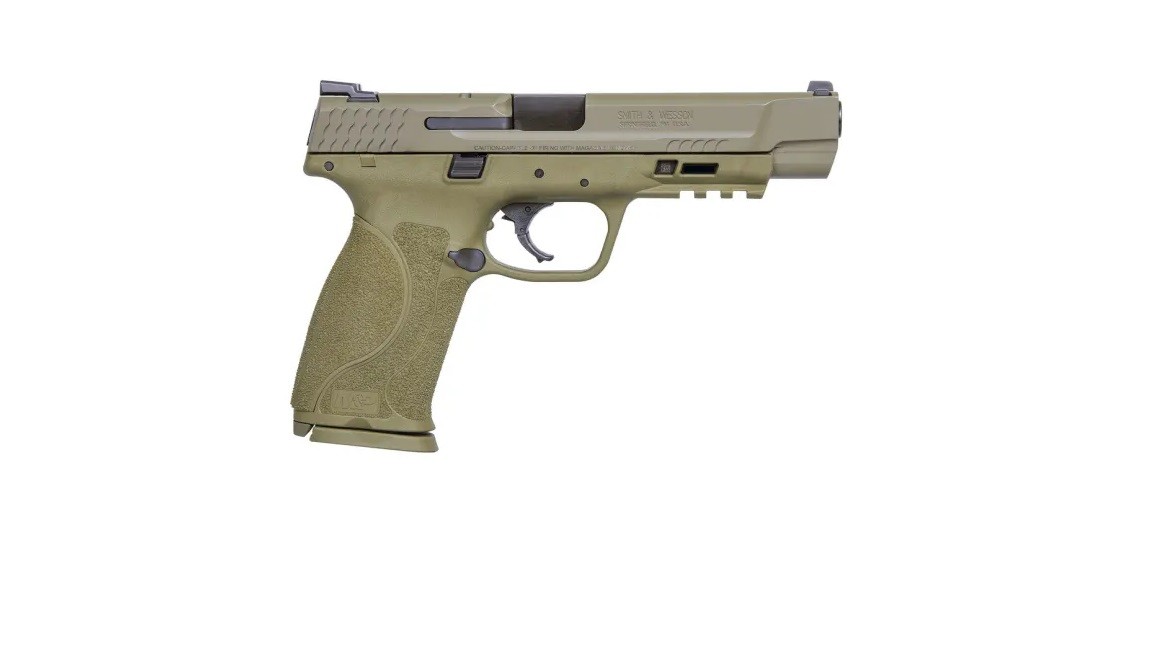 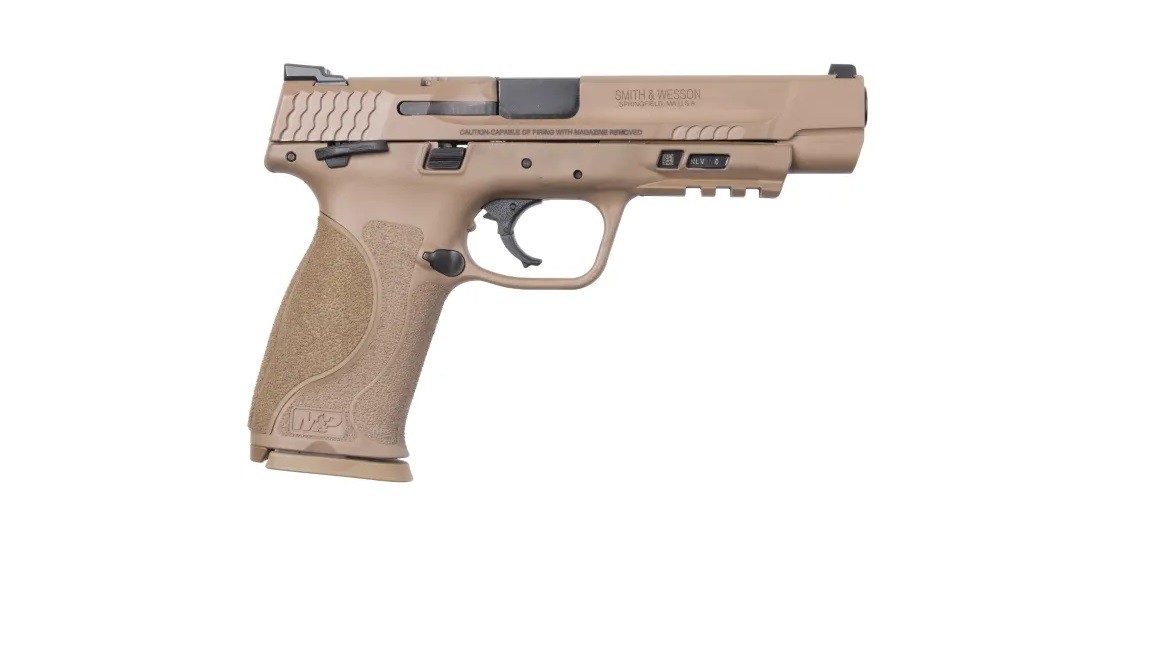 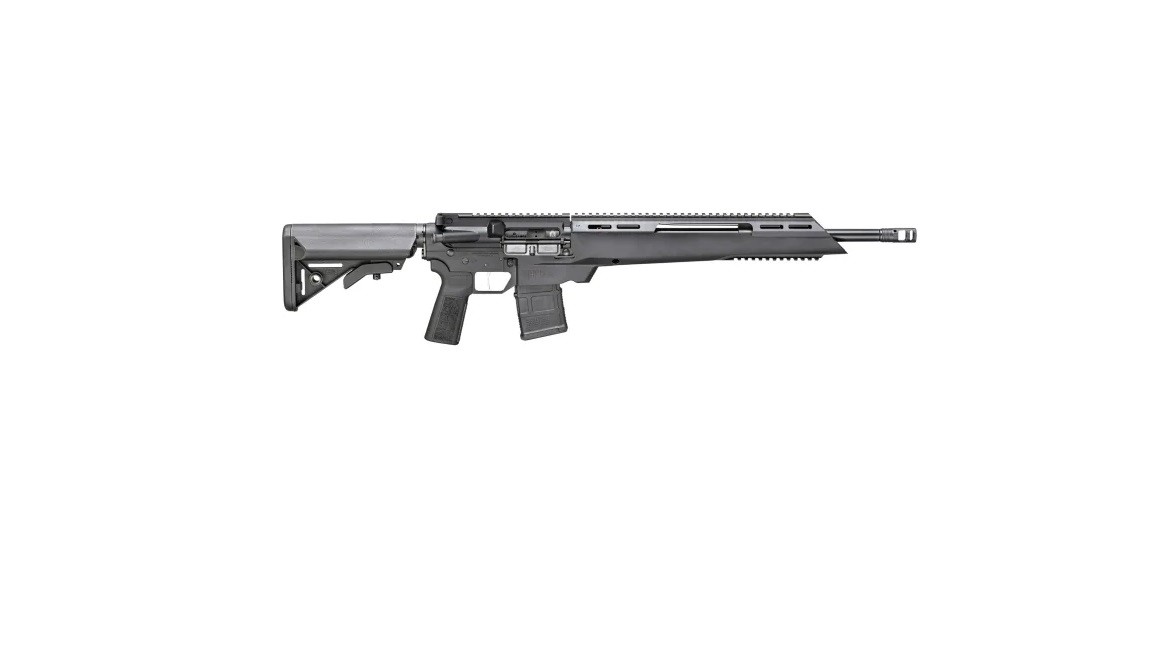 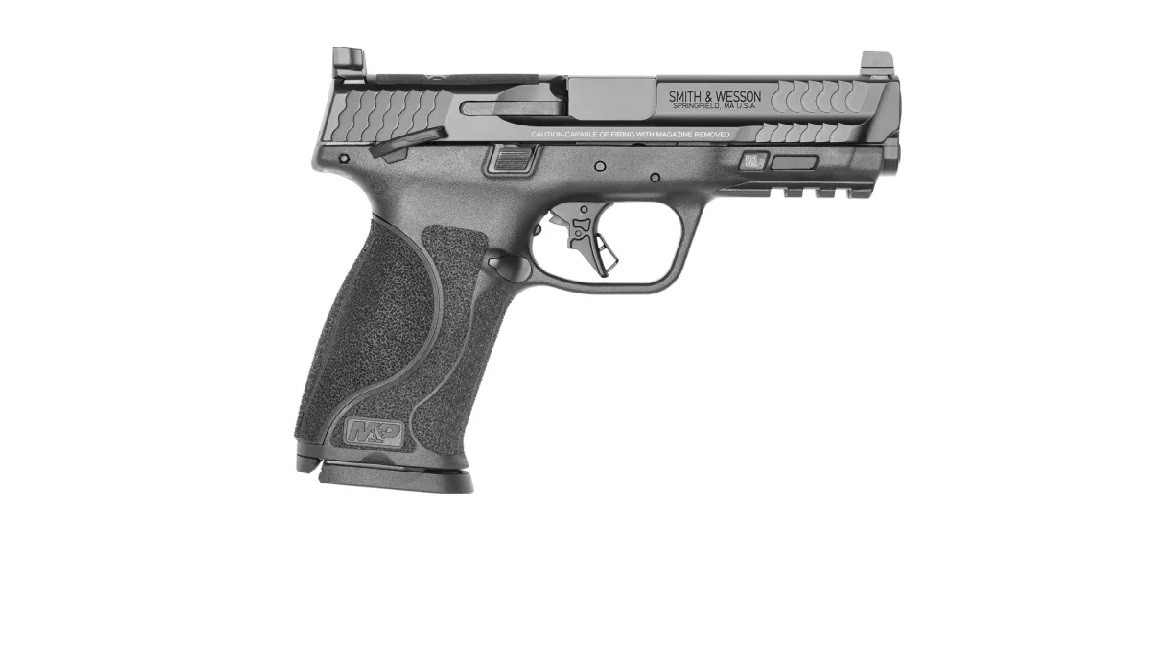 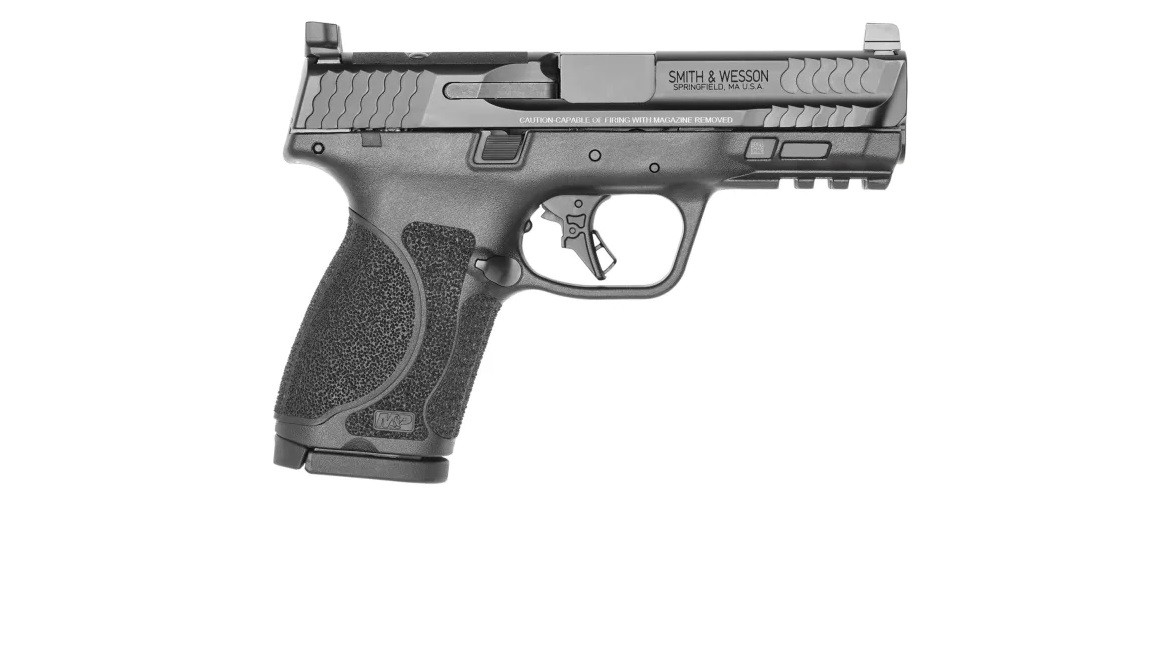 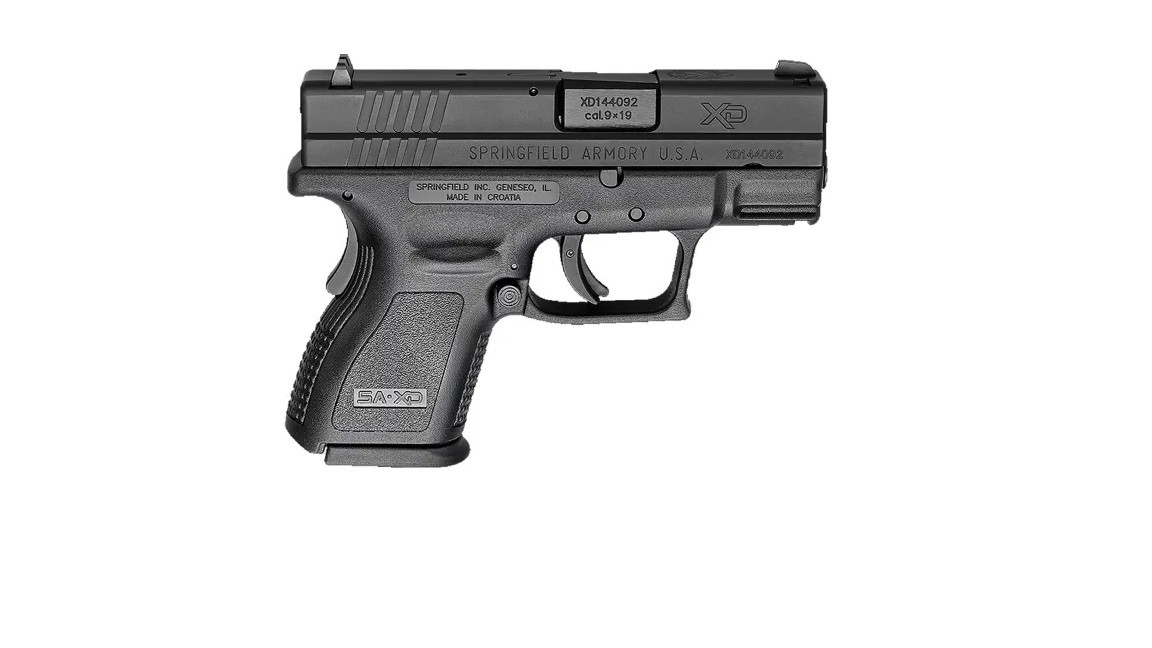 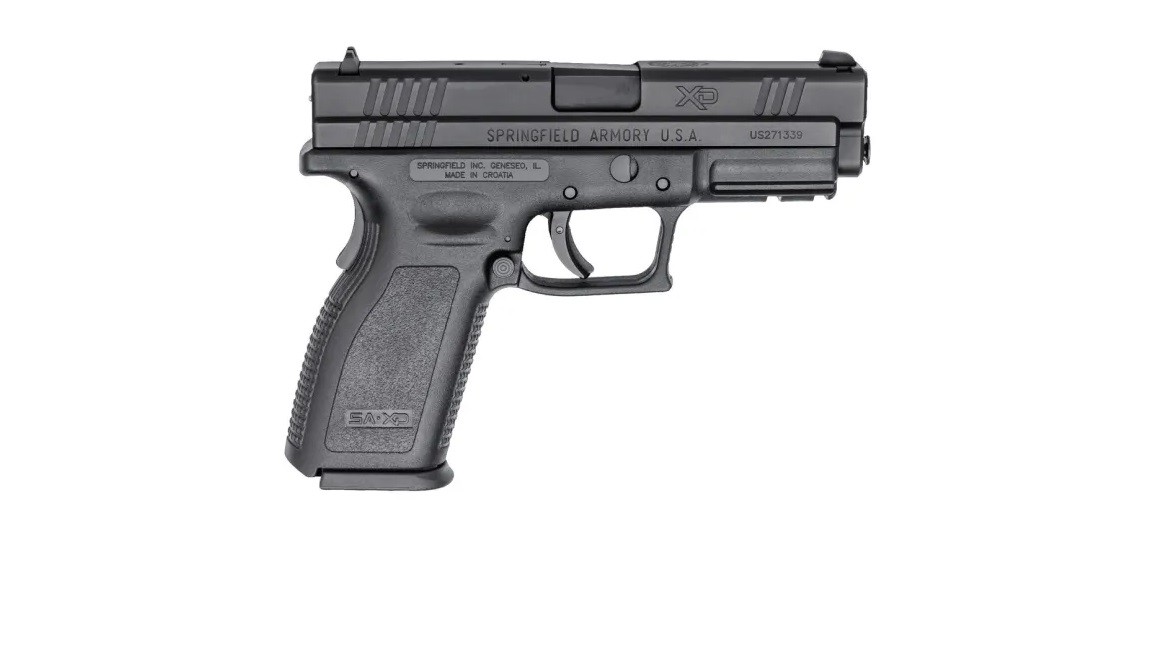