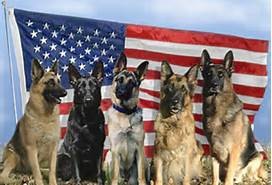 so I have been asked if I think there is going to be a new civil war and how can we fight off the military with all there weapons. well here is what I think and how I feel. first of all the military is set up so that they will not just go after everyone like some people think. now here is something everyone has to think about. if the war is libs vs. the true Americans who love the country and know we are a great country , who will fight for the libs? remember they don't like firearms so how will they fight? with name calling? if that is the case then I just have to say remember the old kids saying" sticks and stones may break my bones but names will never hurt me." or "bullets hurt like hell , unlike names ." I know I can't see a snow flak crawling out of mommy and daddies basement and fighting. I have also been asked what will we do about ammo? well first of as I told the one guy , I belive in one shot one kill not spray and pray. also there is a thing call load your own. can a civil war happen ? sure it can , but like I stated who will fight for the libs? also in most wars money becomes worthless so even if the libs find someone willing to die for money how long before they say no cash f u . think about it. now remember to vote next month and help keep AMERICA great. and congrats to b.k.